In celebration of James Cameron’s Terminator 2: Judgment Day re-releasing theatrically in 3D this Friday, August 25 check out the brand new clip below featuring Writer and Director James Cameron, Co-Writer William Wisher and Arnold Schwarzenegger!
This never-before-seen clip comes from the all-new 55-minute documentary that will be available on the special 4K Ultra HD release and Limited Collector’s Edition Box Set this October 3 from Lionsgate Home Entertainment.

Dark Sky Films proudly announces VICTOR CROWLEY, the surprise fourth film in the fan-favorite Hatchet franchise. Kept tightly under wraps for over two years, the slasher reboot unexpectedly debuted tonight at Hollywood’s ArcLight Cinema, shocking fans, celebrities, and industry professionals who gathered this evening to celebrate at an event coined as a “Hatchet 10th Anniversary Celebration.”
Set a decade after the events of the series’ first three films, VICTOR CROWLEY reunites Hatchet mainstays Kane Hodder (Friday the 13th 7 –X‘s Jason Voorhees) and Parry Shen (Better Luck Tomorrow) for an all-new, horrifying journey into the haunted, blood-drenched bayou.
In 2007, forty-nine people were brutally torn to pieces in Louisiana’s Honey Island Swamp. Over the past decade, lone survivor Andrew Yong’s claims that local legend Victor Crowley was responsible for the horrific massacre have been met with great controversy, but when a twist of fate puts him back at the scene of the tragedy, Crowley is mistakenly resurrected and Yong must face the bloodthirsty ghost from his past.
VICTOR CROWLEY’s ensemble cast also features Laura Ortiz (2006’s The Hills Have Eyes), Dave Sheridan (Scary Movie), and Brian Quinn (truTV’s “Impractical Jokers”). Writer/director
Adam Green proudly returns to the director’s chair of his series that, upon debuting in 2007, was energetically touted as a return to “old school American horror,” and whose maniacal fan-favorite villain quickly secured a place among slasher royalty.
Says Green, “I couldn’t be happier to partner with Dark Sky Films and bring Victor Crowley back to horror fans around the world. Resurrecting the series for its tenth anniversary was our way of saying thank you to everyone in The Hatchet Army and beyond who have supported this series since its inception. This bloodbath is for all of you.”

VICTOR CROWLEY will hit select U.S. theaters in October 2017 as part of Dark Sky Films’ “Victor Crowley Road Show”, wherein writer/director Adam Green (and other cast) will travel with and introduce the film at special one-night screening events across America. Internationally, the film is slated to bow at festivals worldwide – it will receive its international premiere this Saturday, August 26th at FrightFest in London, England. Adam Green and Kane Hodder will be in attendance for the gala screening.

Pairing his candid conversational style with personal honesty, modern-day philosopher Maron discusses everything from art and aging to his relationship with his parents and the longevity of the Rolling Stones, in front of a packed house at Pantages Theatre in Minneapolis.

Tracing the journeys from the outbreak of war, DESTINATION UNKNOWN weaves through the misery of the ghettos, to the unimaginable horrors of the camps and how the survivors see light in the darkness as they make new lives from the ruins of the old. Creating a seamless mosaic of first-hand accounts, rare archival footage and photos from during and after the war, survivors share their memories and capture the pain that continues to haunt them, with the strength and resilience needed to live on. DESTINATION UNKNOWN just had its critically praised theatrical run in the UK, where The Times gave it 4 Stars and The Guardian gave it 5 Stars hailing that it’s a powerful, valuable addition to Holocaust testimony. The film had its world premiere at the Sheffield Doc Fest.

Making her theatrical directorial debut, Claire Ferguson is best known for her work editing feature documentaries such as Nick Broomfield’s AILEEN: THE LIFE AND DEATH OF A SERIAL KILLER and the Grammy-winning CONCERT FOR GEORGE. Other work includes THE END OF THE LINE, GUILTY PLEASURES, UP IN SMOKE and EVERYTHING OR NOTHING. Her directorial work includes THE BEATLES IN HELP! and THE CONCERT FOR BANGLADESH REVISTED.

Director Claire Ferguson said: “I wanted to make a film where the only voices are those of the survivors themselves. The challenge was to weave those individual voices together in a way that created a wider story, one that explored not only the pain of the Holocaust itself, but the building of new lives afterwards. My overriding question was ‘How can you make a life after such pain.”

Producer Llion Roberts said: “I was inspired to start this project fourteen years ago when I visited Auschwitz in 2001. I wanted to ensure that the remarkable stories of those who survived the Holocaust were preserved for posterity. In the years since, I have met and interviewed a remarkable range of incredible people whose lives are an inspiration to us all. From the four hundred hours of testimonies that I recorded, I wanted a film which captured the essence of their experience, made a contribution to the history of those times and perpetuated the memory of the Shoah.”

Udy Epstein from 7th Art Releasing said: “This comprehensive, yet intimate documentary takes us into the lives of those who lived during the Holocaust. The stories are articulated so powerfully that we gain a new – deeper insight into one of mankind’s darkest times. Fourteen years in the making, this documentary is important for those who think they knew all there is to know about the Holocaust and especially for those who never wanted to know. Deeper understanding of the Holocaust is extremely important today when neo-Nazis freely walk in America’s streets, hence Destination Unknown is a must see.”

A trio of film favorites from Focus Features will be streamed on Facebook Live over the next three Friday nights in August and September. #FocusFridays will take place each Friday night on the Focus Features Facebook Page, https://www.facebook.com/FocusFeatures/ beginning @6:00 PM PT. Promotional video can be viewed here.

The lineup of classic movies is as follows:

#FocusFridays is the latest celebration part of Focus 15 (www.focusfifteen.com), the initiative commemorating the founding 15 years ago of worldwide film company Focus Features, whose films have garnered 105 Academy Award nominations and won 21 Oscars. Film buffs and movie fans can sign up at Focus Insider for invites to retrospective screenings, limited-edition soundtracks and posters giveaways, and all Focus 15 updates through www.focusfeatures.com/subscribe.

Celebrate Anniversary of Bring It On, Which Hit Theaters 8/25/00, With New Clips From The Sixth Film (On Blu-ray/DVD 8/29)

Bring It On: Worldwide #Cheersmack will be released on Blu-ray and DVD August 29 from Universal Pictures Home Entertainment and stars Vivica A. Fox as the Cheer Goddess, as well as Cristine Prosperi (“Degrassi: The Next Generation”), Jordan Rodrigues (“The Fosters”) and Sophie Vavasseur (Resident Evil: Apocalypse).

The full soundtrack album for Marshall arrives in stores and at all digital retailers via Warner Bros. Records on September 15th while the film opens in theaters everywhere Friday October 13.

Listen to “Stand Up For Something”

The original song was written for Marshall by GRAMMY®, Emmy®, and Golden Globe® Award-winning and eight-time Academy® Award-nominated legend Diane Warren and Academy® Award and GRAMMY® Award-winning hip-hop icon and actor Common. It spotlights Day’s show-stopping and stunning vocals over powerful production as well as thought-provoking rhymes from Common. In addition, Marshall marks Day’s on-screen debut in the film.

About “Stand Up For Something” and Marshall, Day comments, “I was so moved by the story of Thurgood Marshall. It was an incredible honor to not only be asked to record the lead single, but also appear in the movie. I’ve always dreamed of working with Diane and Common, and the experience was better than I could have ever imagined. This is such an important project. I’m thankful to be a part of it.”

“I am so honored to have worked with Andra and Common on this important song. I am more proud of this song than any other I have ever written,” said Warren.

Stay tuned for more details on the Marshall Soundtrack soon.

Starring Chadwick Boseman, Josh Gad, Kate Hudson, Dan Stevens, Sterling K. Brown, and James Cromwell. MARSHALL is based on a true incident in the life of Thurgood Marshall, when he was a young lawyer, long before his appointment to the U.S. Supreme Court. As the nation teeters on the brink of WWII, a nearly bankrupt NAACP sends Marshall to conservative Connecticut to defend a black chauffeur against his wealthy socialite employer in a sexual assault and attempted murder trial that quickly became tabloid fodder. In need of a high profile victory but muzzled by a segregationist court, Marshall is partnered with Samuel Friedman, a young Jewish lawyer who has never tried a case. Marshall and Friedman struggle against a hostile storm of fear and prejudice, driven to discover the truth in the sensationalized trial which helped set the groundwork for the Civil Rights Movement to come.

Quietly recognized amongst some of music’s most legendary names, the singer paid tribute to Ray Charles at The Smithsonian and shared the stage for performances with everyone from Chinese piano virtuoso Lang Lang, Bonnie Raitt, and Stevie Wonder to Ellie Goulding, Alicia Keys, and John Legend. Her voice abounded throughout the halls of the historic 2016Democratic National Convention as well as the “International Day of the Girl” event at The White House. Along the way, she covered Essence Magazine and achieved the prestigious “Powerhouse Award” at the Billboard Women in Music event. Expanding its influence into different genres, the Mstr Rogers Remix of “Rise Up” would also soundtrack a Google Home campaign.

2017 kicked off with two show-stopping performances by the chanteuse at the 48th Annual NAACP Image Awards and a knockout Bee Gees tribute during the 59th Annual GRAMMYs®. Hyatt welcomed Andra as the voice of its “For A World Of Understanding” campaign, breathing new life into the Burt Bacharach and Hal David classic, “What The World Needs Now Is Love.” As she continues to rise, work has already begun on her second full-length album due out this year.

Check out this brand new clip! 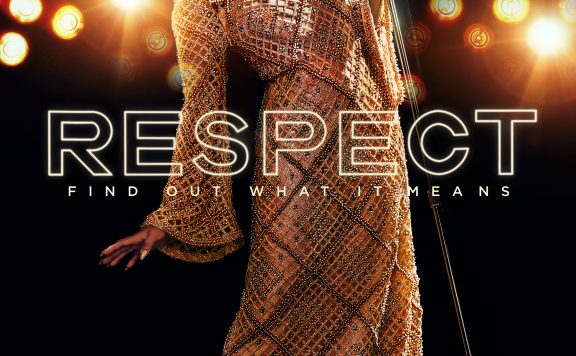 Watch the official trailer for Respect
May 21, 2021