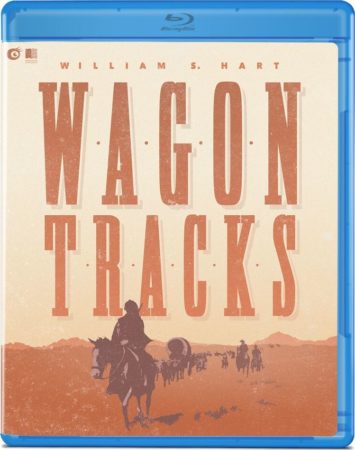 “Wagon Tracks” is quite the rarity. Olive got to use the Library of Congress print to restore and present a Silent Western in HD. William S. Hart headlined this 1919 feature that plays around with color tinting and period tricks to make the rather standard Gold Rush film come to life. However, Hart’s early actor roots show as he lets the main cast seemingly overpower the story. The film is a basic revenge romp about our hero hunting down the men that killed his little brother.

The new original score from Andrew Earle Simpson helps the action. Still, this might be a little much for Silent Movie newbies. It also appears to be the first of many planned William S. Hart film outings heading to Blu-ray. So, kudos to that. I just wish we could get a commentary from a Hart scholar or someone to shine an educational light on the material. It wasn’t until I researched it, but Hart actually hung out with Western heroes like Bat Masterson and Wyatt Earp. Did that camaraderie lend a special authenticity to his films? American Westerns need to be approached in academic way by new generations. Hopefully, this is a start.