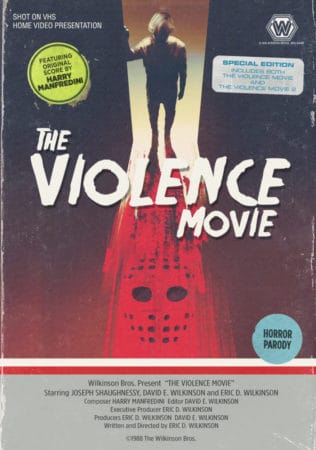 “The Violence Movie” is a DIY tribute to 80s slasher movies. The first film was 14 minutes long and the sequel was only 21 minutes long. So, what makes what amounts to student short films into something that horror deep cut nerds sought for years? Well, it’s one of the ultimate horror fan films. The movies were shot in 1988, but finished with additional material in 2003. Legendary horror composer Harry Manfredini added a score that helps elevate this movie into a horror geek grail. Pick it up and share the Violence Movie with some friends. Somewhere, someone you know has wanted to do something like this. Don’t let those dreams be dreams, people.

0 0
Previous ArticleSECRET LIFE OF LANCE LETSCHER, THENext ArticleWENT TO CONEY ISLAND ON A MISSION FROM GOD….BE BACK BY FIVE