Venom gets the release that it ultimately deserves. The film is loosely adapted from the Lethal Protector mini-series that Marvel used to turn the symbiote into an anti-hero. Until recently, Marvel never quite had a handle on what it wanted to do with the character. The symbiote has been removed and replaced by Eddie Brock several times, yet he always returns when there’s a new movie to produce synergy.

Tom Hardy publicly stated that the best 40 minutes were cut out of the film. Somehow, I believe him. But, that’s the rub when you deal with big studio features. I used to have readers argue with me that the Star Wars Disney offerings made it to the screen pretty much intact. Then, the stuff started to leak and finally SOLO happened. The art of making high budget nerd culture adaptations produces the need to define a cinematic voice.

As such, SONY needs to get on the same page with Marvel Films. The push to remove Spider-Man and his lingering presence over Venom produces a character without purpose. It’s just another typical action Sci-Fi movie about a guy and his pet pile of goo. In fact, the push to find a creative way to feature this in the finale created a rather odd scene. If you haven’t seen the movie yet or you’re coming back from a Midnight screening…think about this.

When Riz Ahmed and Tom Hardy are fighting at the end, Riz causes something to happen. This produces a scene that is nearly identical to the end of Howard the Duck. Things like this are why I love commentaries, because I have to know if that was intentional. Also, kudos to turning Riz Ahmed into a possessed Jeffrey Jones type. If that’s your sort of thing, you’ll eat it up. Others will head out to the Lady Gaga Feature Film Music Video. 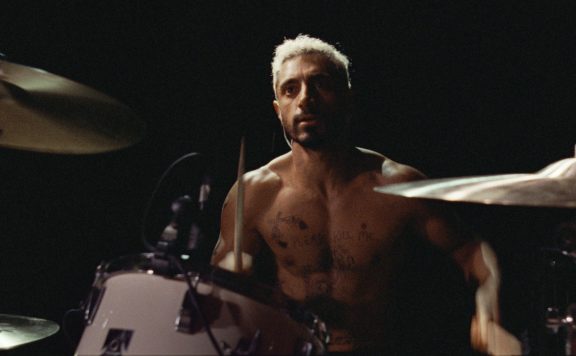