It’s ultra-thrills, ultra-action, and ultra-monster mayhem for Ultraman fans, as Shout! Factory TV celebrates the 50th anniversary of the landmark Japanese show with a marathon of epic proportions. Join us for a six-hour live streaming event hosted by Tokusatsu expert August Ragone as twelve handpicked episodes of Ultraman come to life on Sunday, July 31 at 12 p.m. (PST) at http://www.shoutfactorytv.com/.

The marathon will be streaming 12 curated episodes of the show starring everybody’s favorite monster-battling Ultra Crusader, presented in Japanese with English subtitles. After fans have watched the marathon episodes here, all 39 episodes of Ultraman will be available on Shout! Factory TV for evergreen streaming.

The Ultraman 50th Anniversary Marathon comes complete with original introductions and insider content from renowned Tokusatsu authority August Ragone, commenting on the impact of this series through its 50 years of availability. A two-time Rondo Award-winning author of Eiji Tsuburaya: Master of Monsters, Ragone has commented on Japanese film and popular culture on radio, television, in print, online, and at events for more than three decades.

Fans of Ultraman and classic Japanese TV won’t want to miss these episodes streaming free! Join the conversation with host August Ragone and other fans with the hashtag #Ultraman while you watch.

Tune in and participate in the fandom on:

When the world is threatened by alien invaders and giant prehistoric monsters, there is only one agency equipped to handle the situation, The Science Patrol, an ultra-sophisticated police force equipped with high-tech weaponry and spacecrafts. Led by Captain Muramatsu, the team defends the planet from the unknown. Unbeknownst to the team, one of their members, Hayata, has the ability to transform himself into the giant superhero from Nebula M7B, Ultraman, when all their weaponry and skills can’t stop their foes!

Created by special effects wizard Eiji Tsuburaya (Godzilla, Mothra), the 1960’s television series Ultraman remains one of Japan’s most beloved science-fiction exports. Airing between 1966 and 1967 with a total of 39 episodes, the live-action series followed a high-tech police force and their alien superhero Ultraman as they battled to save the Earth from invading aliens and monsters.

*Times listed are Pacific time, approximate and subject to change.

Shout! Factory TV’s Ultraman 50th Anniversary Marathon will be streaming from noon to 6 p.m. (PST) on Sunday July 31st at http://www.shoutfactorytv.com/ and on Pluto TV, CH 515. For mobile, tablet and connected TV devices the marathon is accessible via the Pluto TV app. The marathon is also available via Pluto TV in the living room (Roku, Amazon’s Fire TV and Fire TV Stick, Android TV devices, Chromecast and Apple Airplay), on the go (apps for iOS, Android and Amazon) and at your fingertips on PC’s, Mac’s or on the web. 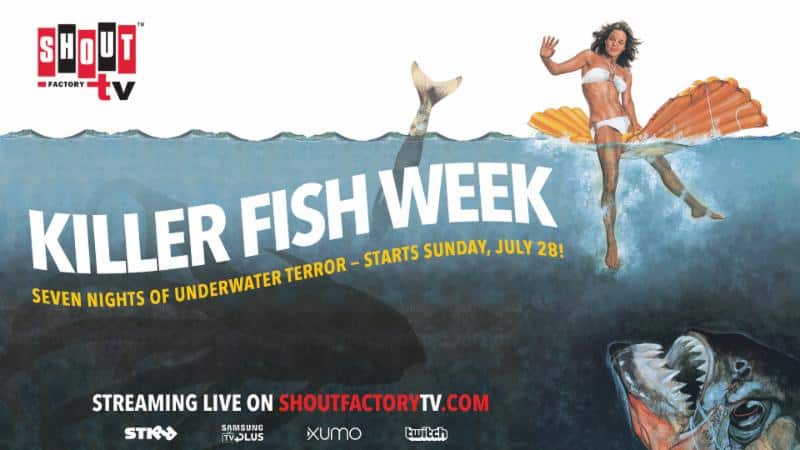