Toys of Terror is like if Stuart Gordon tried to direct Krampus…from beyond the grave! Poor taste aside, the film works on a superficial level, I just don’t know if it did anything special enough for my attention. We live in an era where Wonder Woman is having to beg for attention from a content overloaded populace. What chance does a Christmas horror film have?

I enjoy Dana Gould, but I can’t remember if I ever watched anything he wrote before. Oh wait, he’s the guy that wrote Gex. Remember Gex? None of you kids remember anything pre 2000. Gould also handled Stan vs. Evil and The Simpsons too. But, let’s not play it basic here.

Now, I find myself not thinking about the movie and going down a Gex research hole. Such is the power of Sega Saturn gaming. Anyways, the premise of this film is the parents flip houses and they found a real gem somewhere near Twin Peaks. The kids kinda hate the house, but Toys of Terror isn’t about the children.

Well, it is…when it’s using them for easy scares and to introduce the killer toys. Toys of Terror is closer to a teen friendly horror movie than anything else. But, I feel like this was a grand work of ideas that never fully stuck the landing. It might have even worked better as a TV series.

Christmas horror never connects with a first generation of audiences. It tends to get discovered on home video and shared viewings at later times. Toys of Terror suffers from not being like anything from this era. While rewatching Toys of Terror, it hit me upside the head. This movie is an R-rated throwback to those TV-movies that used to air in the 70s on ABC, NBC, etc.

Blessed be Amanda Reyes, but her books on these movies have me seeing all of the identifiable markers. Remote location, three kids and parents trying to start out on a new adventure dot the landscape of that Made-for-TV horror. But, giving it an R rated coat of paint is a fascinating approach and I dig what Toys of Terror is trying.

The Toys of Terror rant from AndersonVision

We get sent a ton of original productions month in and month out. I always have a soft spot for the horror material sent, even if we don’t have the time to cover every single little detail. So, I can be a little snippy when certain aspects of horror films don’t live up to a standard. That being said, Toys of Terror works. It just isn’t that memorable.

That is the downside of competing in an era of so many options to watch. Histories get lost, quirky gems fall between the cracks and it seems like every other person keeps watching the same 20 things. I’m not saying that Toys of Terror is going to change your life, but at least it’s something different than what you’re watching.

If you’ve been following horror film for over 20 years, most of this will seem familiar to you. But, that doesn’t mean it’s bad. The film is obviously being set up as a R rated treat for those older teens. While I feel that Toys of Terror might be wasted on them, it still works. But, what does that mean?

In the grand scheme of things, it doesn’t mean much. You can’t make people watch what they’re not interested in checking out. But, you can ask them to step outside of their comfort zones and try something new. After all, that’s why many people like us make sites like this. Then, there are the people trying to chase Film Twitter e-clout.

The nature of how we watch movies has changed. So many trade in the emotional currency of responding to entertainment, while others collect and store them like their deadbeat parents collected books. Tomes of works forgotten and dust-covered in a vain effort to spark dull conversations. So much work gone to waste in effort of appealing to people unworthy of the effort.

Where was I going with this? Well, Toys of Terror is the kind of movie that I would rent like crazy as a 12 year old, but not something I’d watch now. It’s perfectly fine to age out of things. But, as an older viewer…do your best to find younger people that will want to check this out. Welcome to old age, you VHS remembering turds.

So, what’s on the Toys of Terror DVD?

The DVD comes with featurettes as the special features. Warner Brothers was originally supposed to give Toys of Terror a Blu-ray release, but it appears to have been cancelled. I don’t enjoy seeing any movie getting a standard definition downgrade in 2021. But, here we are. Pick it up, if you’re curious.

TOYS OF TERROR is available January 19th on DVD.

Toys of Terror is like if Stuart Gordon tried to direct Krampus...from beyond the grave! Poor taste aside, the film works on a superficial level, I just don't know if it did anything special enough for my attention. We live in an era where...
0
Average User Rating
0 votes
Have Your Say!
Your Rating: 0
Submit
Write A Review
Genre:Horror
Rating:R
Director:Nicholas Verso
Studio:Warner Brothers 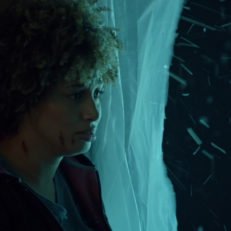 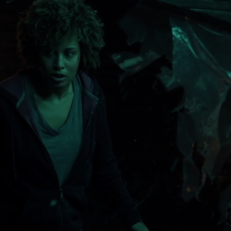 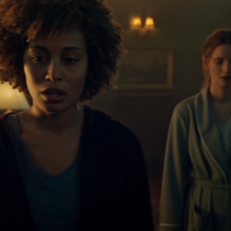 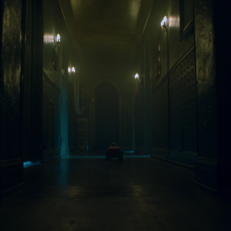 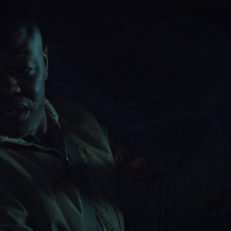 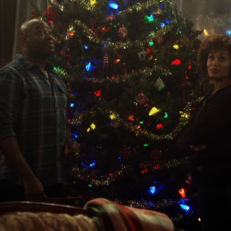 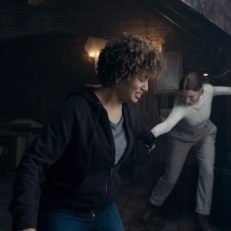 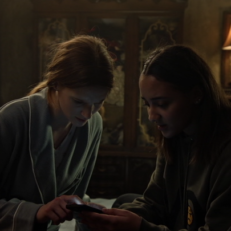