The world has grown to love/hate the ghoul-fighting band of misfits that never stops battling both outer and inner demons in “The Walking Dead.” The first few seasons brought us a roller coaster of character development, wandering zombie infestations and perhaps more domestic squabble than a zombie series should feature. Season three, however, steps up to the plate offering the viewers a torrid look at mini-attempts to retain some semblance of a society amidst a world of meat-starved death drones.

While you can find any number of funny clips on Break.com or YouTube that feature the cast in template mash-ups,“The Walking Dead” is no cookie-cutter experience. The main characters are not likable, the villains can’t be pigeonholed and moves and motives are seldom predictable. Season three, like the others, has seen a lot of hit or miss episodes, but when they’re good, they’re so good it’s worth watching the sub-par filler episodes.

Season three episode 12, (spoiler alert) “Clear” finds Rick, Carl and Michonne headed back to Rick’s hometown looking for weapons to use against the mislead Woodburians and their maniacal Machiavellian-gone-wrong leader. A far stretch from the brewing conflict between the two packs, “Clear” brings us a segue rich with insight and old friends.

Starting with a wayward hitchhiker trying desperately to flag their car down, Michonne, Rick and Carl head to his old stomping grounds. Beginning with Carl’s uncertainty toward Michonne, the episode quickly unfurls into a jungle of booby traps and warning signs. It’s no surprise that the trio gets shot at upon entry into the strange jungle of carnage, but when Morgan from season one turns out to be the rooftop shooter, emotions run wild for the characters and fans alike. The confrontation between Rick and Morgan is as heated as it is insightful, exploring the fragile decay of a mind left solitary too long. Although both characters have seen their loved ones annihilated by the plague as they teeter on the brink of insanity, a moment of lucidity for both men calls to attention the vast differences that company can have on the psyche. Morgan’s sad life makes Rick seem like the lucky one for the meager group he has formed in the prison and seems to jolt Rick back into a more stable mind frame, but he is still afflicted with his “visions” of Lorrie.

Meanwhile, “Clear” sees Michonne come out of her shell and show her true colors, risking life and limb to save a family photo from a walker-infested cafe for Carl. Since her introduction, Michonne has conveyed a skill and depth of character that leaves the viewer dying to see what she is capable of. For the first time since the Zombie Apocalypse, she is coming out of her shell and allowing others to see her for the loyal, intelligent butt-kicker she really is. “Clear” is a brilliant oasis from the mounting tensions between the Governor and Rick, whose epic showdown will (hopefully) make for an unforgettable climax to the season. The stark reality of the world is further bookended by the corpse of the lone hitchhiker littering the street side as they journey back to the prison, a biting look at the reality of the bleak world they now face. 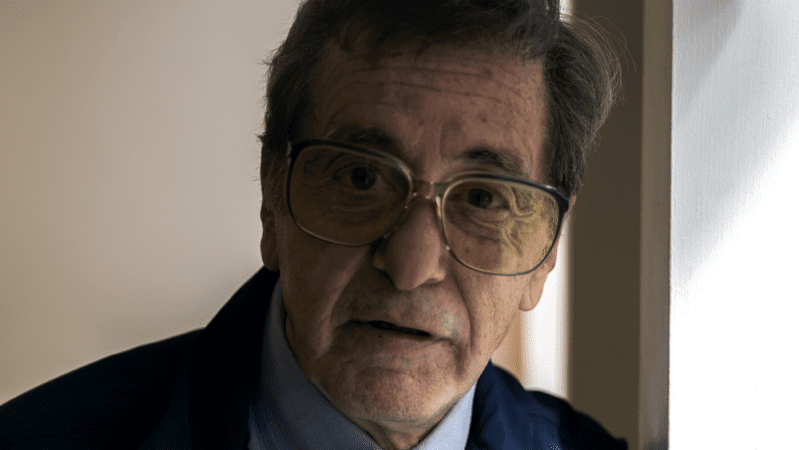