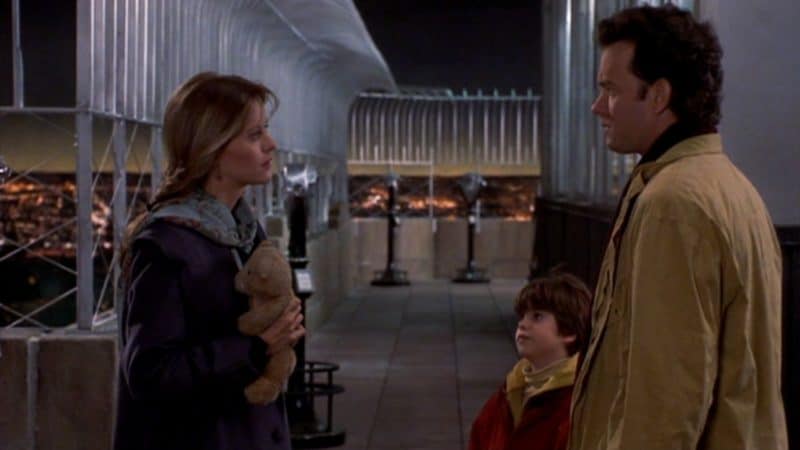 This summer, a beloved romantic comedy that’s remained fresh and charming for 25 years celebrates its silver anniversary. Written and directed by the iconic Nora Ephron (When Harry Met Sally…, Julie & Julia), SLEEPLESS IN SEATTLE stars the incomparable romantic duo of Tom Hanks and Meg Ryan (Joe Vs. the Volcano, You’ve Got Mail) in the captivating tale of a recently widowed man whose son calls a radio talk-show on Christmas Eve in an attempt to find his father a new wife. Peter Travers of Rolling Stone called the film “Sublime … the hippest, frankest and funniest date movie around … Director Nora Ephron’s a major talent with a wicked gift for tickling the funny bone, exposing hidden truths and then, just when you’re not looking, slamming you in the solar plexus.”

This summer is the perfect time to revisit the romance, the humor and the fun of
SLEEPLESS IN SEATTLE, now available on DVD and digital. A new Blu-ray release of the film will also be available on June 26th, featuring four never-before-seen deleted scenes and additional archival special features featuring the cast and filmmakers.

SYNOPSIS:
Tom Hanks and Meg Ryan star in Nora Ephron’s wonderfully romantic comedy about two people drawn together by destiny. Hanks stars as Sam Baldwin, a widowed father who, thanks to the wiles of his worried son, becomes a reluctant guest on a radio call-in show. He’s an instant hit with thousands of female listeners who deluge his Seattle home with letters of comfort. Meanwhile, inspired in equal parts by Sam’s story and by classic Hollywood romance, writer Annie Reed (Ryan) becomes convinced that it’s her destiny to meet Sam. There are just two problems: Annie’s engaged to someone else and Sam doesn’t know yet that they’re made for each other. Co-starring Rosie O’Donnell, Rita Wilson and Rob Reiner.

SLEEPLESS IN SEATTLE has a running time of 105 minutes and is rated PG for some language.