J. Jonah Jameson is one of the greatest characters in Spider-Man history. Hell, I’d go so far as to call him one of the greatest Marvel characters. It takes a great deal of determination to look at a super-powered world and find its faults. There have been a few Spidey issues and a random issue of Tangled Web that tried to make sense of his personality. But, they’re looking too hard. Jameson is the kind of contrarian that almost reveals more about himself when he launches an ad campaign against Spidey. For the longest time, I viewed JJJ as the journalistic counterpart to the prideful reporters you’d find over at DC.

DC’s reporter alter egos and characters were created as part of the rising desire to be represented in the media by the comic characters’ ethnic creators. Marvel was part of a bold new generation for the Silver Age that said everyone had the chance to be an asshole. Plus, Jameson was a man of means who had access to a media outlet in one of the world’s largest cities. Parker was a kid who could shoot webs from his wrists. No matter what happened, Jameson could marginalize and possibly lead to the incarceration of Parker. What about the other Jameson family members?

John Jameson never got his fair shake. Most of the first issue of Amazing Spider-Man was dedicated to John’s dad being mad that Spider-Man was upstaging him. John got very little say, as he was too busy being an astronaut. However, he would eventually be exposed to killer space spores that forced him to wear a bright yellow jumpsuit. This was followed by a stint as a Man-Wolf powered by a cosmic meteorite. It turned out to be a ruby from another dimension that granted some sort of power that let you know it was the 1970s. Jameson would later work for The Avengers and eventually have a quickie marriage to She-Hulk.

That She-Hulk story was a great collection of issues that showed the charm that Dan Slott would eventually bring to Amazing Spider-Man. John Jameson continues to appear in the Spider-Man and related Marvel books when you need an astronaut in trouble that isn’t Dr. Peter Corbeau. I wish I was kidding, but I guess there’s not a lot of call for those types. Once Marvel got out of the Space Age, all interest in these people subsided. Name the last great John Jameson story you ever read. Hell, name one.

Recently, we’ve been introduced to J. Jonah Jameson, Senior. He quickly met and married Aunt May Parker, now Peter is a distant relation to his arch-nemesis. This character has grown by leaps and bounds, as we’ve come to see that the Jameson curse of being foolhardy eventually ends with age. Eventually, he reconciles with his son and helps May to fight off Mr. Negative and Doctor Octopus. Not too bad for an AARP member, but there’s something about Jay (his preferred name) that showcases something amazing in the book. While they won’t let Peter age, they’re showing that the Jameson Family can advance and mature.

But, what does that usually mean in comics? If you can tell by the panel below, the quickest way to advance a story is to introduce death. Death isn’t the best means, but it’s effective to grab attention in a periodical format. Death has always been a big part of the Spider-Man mythos, but it rarely ever impacted the Jameson family. That was until J. Jonah Jameson’s direct involvement in the creation of The Scorpion came back to bite him on the ass. Unfortunately, Jonah is the teflon Editor, so it impacted the person closest to him.

Marla Jameson was a supporting character that was always around when I first started reading Spidey. She had been introduced originally as a daughter of Jameson’s closest pal. Naturally, he decides to pay her to make killer robots when he wasn’t too busy bumping bearded uglies. They fell in love and eventually married. Parker and Marla respected each other due to their scientific know-how. However, she spent all of her time trying to curb Jonah’s anger and get him to stop working on Spider-Slayers and other destructive machinations.

During a recent storyline, Dr. Smythe and the Scorpion decided to take revenge against Jameson for his role in destroying their lives. The duo launched a three prong attack with a new generation of Spider Slayers that almost ended with Jonah’s death. Unfortunately, Marla got in the way to save her husband. Upon dying, she made Jonah vow to give Spider-Man a shot since he saved most of his family. Racked by guilt and the forced realization that Spider-Man wasn’t his enemy, the shock nearly broke Jameson.

The subsequent storyline has been enforcing everything for Spider-Man even in the Superior Spider-Man age. No One Dies from this point on, as the guilt of losing people that he can save is breaking Spider-Man and those he cares about. The sudden realization that everyone is connected and needs him has just made the guilt factor for Parker increase exponentially. We’ll continue this examination in the next chapter.

LOUISVILLE PEOPLE! ENTER TO WIN A FAMILY PACK OF PASSES FOR “KUNG FU PANDA 3”
January 10, 2016
BROWN THURSDAYS AND BLACK FRIDAYS ALWAYS GET ME DOWN: THE 2013 ANDERSONVISION HOLIDAY GIFT GUIDE
November 24, 2013 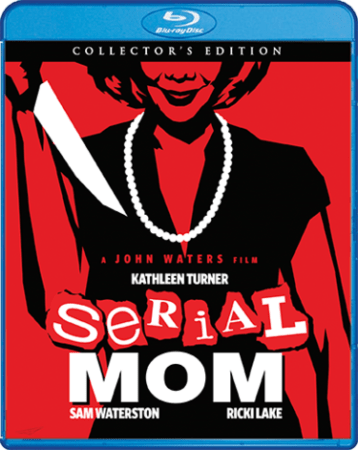