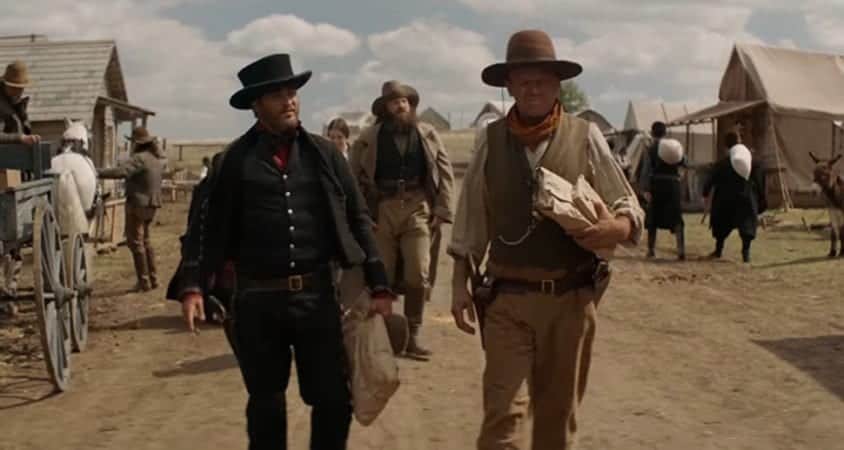 The Sisters Brothers
Based on Patrick deWitt’s acclaimed novel, The Sisters Brothers is set during the 1850’s gold rush and follows two brothers earning a living as hired guns as they hunt down a chemist who has stolen a valuable formula from their employer. Charlie Sisters (Joaquin Phoenix) is a violent drunkard with a penchant for the hard life he and his brother have grown into, while Eli Sisters (John C. Reilly) is torn between the desire for a simpler, more peaceful life and the guilt-ridden responsility to stick by his brother’s side, despite the trouble it brings. While the two brothers pursue the chemist (Riz Ahmed) and his unlikely companion John Morris (Jake Gyllenhaal) across the Oregon Territory, director Jacques Audiard takes viewers on a cathartic exploration of what it means to be a man in a world contrasted by violence and opportunity. The Sisters Brothers premiered at the Venice Film Festival and earned Jacques Audiard the coveted Silver Lion Award given to the best director of the festival.

Certified Fresh™ on Rotten Tomatoes®, The Sisters Brothers arrives on digital January 22 and Blu-ray™ and DVD on February 5.

Tags: The Sisters Brothers Available on Digital January 22 and on Blu-ray & DVD February 5

0 0
Previous ArticleHUNTER KILLER on Digital 1/15 and 4K, Blu-ray & DVD 1/29Next ArticleDreamWorks 3Below: Tales of Arcadia Is Premiering December 21st Only On Netflix