The Pirate feels like Minnelli’s warm-up to An American in Paris. Teaming with his then-wife Judy Garland to punch up a colorful musical for MGM, The Pirate should have been a directing slam dunk. But, what we have decades later is a messy musical full of a lot of great ideas. Unfortunately, the plot is thin and the overall coherence is lacking. But, mama’s gotta sparkle! Let’s tackle The Pirate.

Judy Garland is having a minor revival right now coming off the heat of the recent Judy biopic. So, Warner Archive has been doing a dandy of a job to bring her film library to Blu-ray. We’ve talked about everything from Girl Crazy to Strike Up The Band at AndersonVision. But, what about the later movies she made as an adult?

The Pirate is about Judy Garland being pushed into marrying a Caribbean mayor. When an actor pretending to be a Pirate comes to town, he plays into Garland’s fascination with outlaws. It’s a slightly scummy role for Gene Kelly, but he plays to the material very well. Given the old-fashioned nature of the movie, everything is taken in jest. Even Kelly’s under-handed ploys to steal away with a lady he just met.

There’s something about Garland playing a Caribbean lady that makes my eyebrow raise. Removed from the modern socio-political concerns, the role doesn’t work because Garland doesn’t gel. It feels fake, even though the movie wants you to buy into the conceit. But, Keira Knightley was technically a Caribbean beauty in the Pirates movies! Yeah, but she was a well-stated transplant from England.

Little plot touch-ups make so much more sense in the grand scheme of things. Vincente Minnelli knew how to shoot a musical, but he can only do so much for a period piece romance. That’s why the last third of the movie devolves into dancing sequences and musical numbers to get The Pirate over the 90 minute hump. Some wins are ugly, but that’s how careers are made.

Warner Archive brings The Pirate to Blu-ray with a commentary, stereo remix version and promotional radio interviews. You also get audio-only song outtakes and Guide Tracks. Throw on the Night at the Movies style vintage short and cartoon to round out this package. The Pirate continues to show the love that Warner Archive puts into their classic cinema offerings. If you prefer movies of the older vintage, you have no choice but to buy from Warner Archive.

Fans can purchase The Pirate at www.wbshop.com/warnerarchive or online retailers where DVDs and Blu-rays® are sold

Rachel and The Stranger: Buying a Woman in the 1820s shouldn’t have been this difficult
May 18, 2020

Newly remastered from the original Technicolor® negatives! A treasure trove of fun awaits when a Caribbean beauty (Judy Garland) with a mad crush on a legendary pirate meets a vagabond actor (Gene Kelly) who poses as the scoundrel. Vincente Minnelli directs, bringing his uncanny skill with color and design to this joyous romp set to Cole Porter tunes. Mixing tremulous girlishness with hellcat hilarity, Garland was never better as a comedienne. Parodying the rakish style of Fairbanks and Barrymore, Kelly duels, dupes and dances with buccaneer bravado. All by itself, his "Be a Clown" (danced with the Nicholas Brothers and reprised with Garland) is enough to convince all to be a fan of The Pirate. 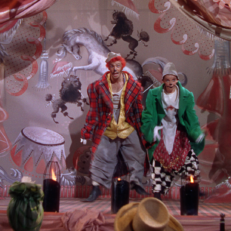 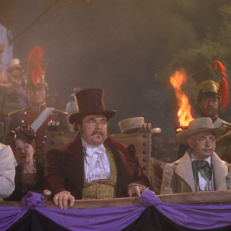 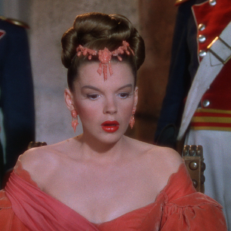 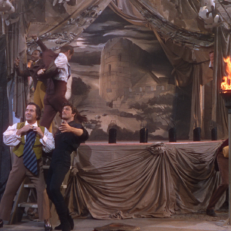 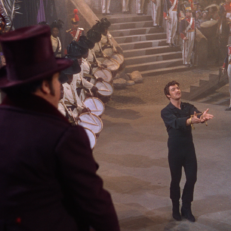 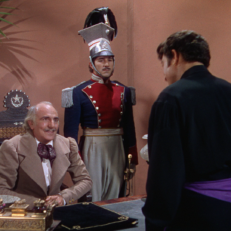 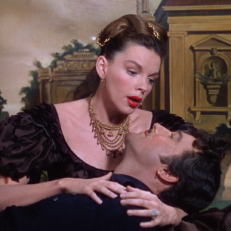 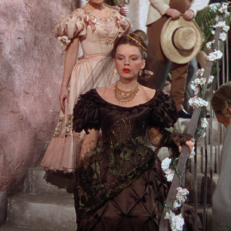