The Peanut Butter Falcon is quite easily one of my favorite films of 2019. Telling a heartfelt story about a young mentally disabled man can often lend itself to sanctimonious crap. However, you will find yourself falling in love with Zack Gottsagen’s performance.

Shia LeBeouf is having quite the comeback this year. Pairing this film with the recent release of Honey Boy will make for the kind of two era career comparison that you don’t see a lot. In what could’ve been a thankless role given to a slightly older actor, LeBeouf mines it for everything. Several times throughout the film I forgot about the era it was made and almost imagined that it could’ve been nameless drive-in fare during the late 1970s.

When movies try to mimic the Huck Finn plot, something happens. Usually it’s a story falls flat on its faces trying to make some downtrodden soul look heavenly. What The Peanut Butter Falcon does is offer up a vision of a guy just wanting to dream bigger than his surroundings. Zak deserves a better life than watching his only elderly friends slowly slip off this mortal coil. If only we could all have Jake The Snake Roberts fulfill our dreams.

The Blu-ray comes with a featurette, photo gallery and a trailer as the special features. The A/V Quality is typical for an indie directorial debut. However, I found that the DTS-HD 5.1 master audio track was very effective with playing on the ambient noise. It’s not going to floor the big visual spectacle nuts. Honestly, I don’t care. I love that we have a film like this in 2019. 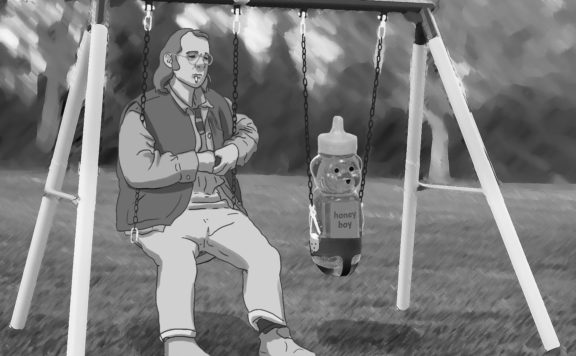