The Kindred is an early 1987 Sci-Fi/Horror film that has been out of print for decades due to legal entanglements. Due to the film being little seen, no horror fans really fought for it over the ages.

Sci-Fi for the ideas, Horror for the thrills

Sci-Fi/Horror films are a weird hybrid sample of ideas that don’t quite belong to both worlds. The Kindred has a very standard plot. Scientist mom tells her main kid on her deathbed that he has a secret brother. Not knowing what to make of the deathbed confession, he moves into discovery mode. But, if Bart Simpson learned to avoid Hugo, you’d figure the same lesson would have been gleamed here.

The Sci-Fi aspects of The Kindred are more set dressing for the real horror story being told here. Whether it’s secret brother creatures, lost societies or killer subhuman terrorists, the main idea never changes. These stories are meant to scare you and the Science Fiction is just a ploy to get the right kind of monster into play.

Amanda Pays and Rod Steiger turn in strong supporting turns, but it’s all stock characters. Secret missions, strained relations and weird personalities all being out for their own thing. Honestly, I’m shocked The Kindred wasn’t a bigger deal on premium cable. But, I only saw it maybe once or twice in the Pre Digital era.

Is The Kindred just another scary sibling creature feature?

The Kindred evokes a lot of what Stuart Gordon and Michael Crichton were trying to pull in the era. Exploring cutting edge science and finding ways to make it scary enough for the popcorn crowd. Rod Steiger isn’t doing anything new here, but you can’t keep your eyes off of him. The same can’t be said for the rest of the cast.

That’s not to say that the film was full of campy schlock. Hell, it could have easily been a bigger release out of New Line in this heyday. It’s just one of those movies that fell through the cracks despite its cast. Sometimes, it happens.

Why isn’t The Kindred better remembered?

The Kindred fell into that that weird area where rediscoveries are born. For a film that barely strikes 93 minutes, it sure was enough in 2021 to get people to blind buy a rather pricey steelbook version that quickly went out of stock fast. But, that kinda reframes the question asked. If The Kindred isn’t so well remembered, then why are horror fans falling over themselves for it?

You see that’s the nutty thing about modern movie fans. Whether it’s the 80s obsession or attempts to latch onto pop culture icons that long past them by, they can’t see the good in what they have. It’s this forever attempt to latch onto those moments in times that they miss. Don’t believe me? Well, there’s a reason I freak out over Vinegar Syndrome doing Roberta Findlay movies and get annoyed at them doing Road House.

To answer the question, The Kindred isn’t better remembered because it disappeared from theaters and wide circulation before many of us were out of elementary school. Hell, some of us weren’t even born yet. In an era of media saturation, it’s hard to get people to keep up with what’s happening in 2022, much less quick releases from 1987.

How did Synapse beef up The Kindred on Blu-ray?

Synapse brings The Kindred to Blu-ray with a stunning 1080p transfer for its unrated cut. I do appreciate that the original 2.0 mono track was included. However, that 5.1 surround mix is quite impactful and really worked the AV Theater. The new documentary and compilation of special effects was pretty neat.

Long term horror aficionado Steve Barton gets to helm a new commentary with the directors Jeffrey Obrow and Stephen Carpenter. You also get a ton of storyboards, trailers, original video promo and more! For those wondering, the disc is region free and ready to dominate your views on cult horror. Well, cult Sci-Fi/Horror.

The Kindred gets a wider Blu-ray release from Synapse on October 25th! The Kindred is an early 1987 Sci-Fi/Horror film that has been out of print for decades due to legal entanglements. Due to the film being little seen, no horror fans really fought for it over the ages. Sci-Fi for the ideas, Horror f...
0
Average User Rating
0 votes
Have Your Say!
Your Rating: 0
Submit
Write A Review
Genre:Horror, Sci-Fi
Rating:Not Rated
Director:Jeffrey Obrow, Stephen Carpenter
Studio:F/M Entertainment 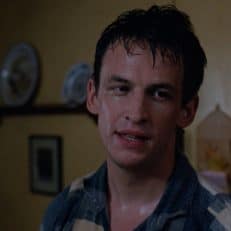 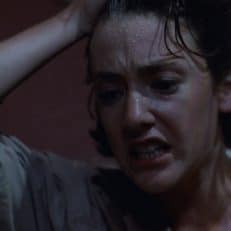 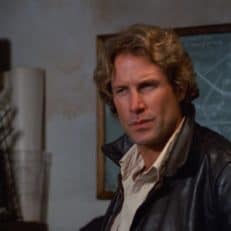 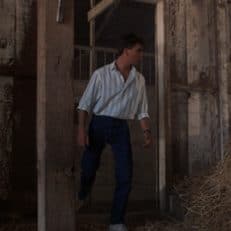 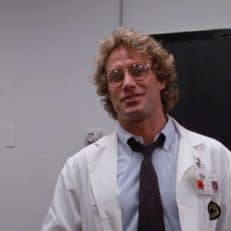