Summary
The Greatest Show on Earth is still one of the more controversial and somehow forgotten Best Picture winners. Check it out as it makes its Blu-ray debut via Paramount Presents.
7.9
Good
Video - 8.3
Audio - 8.1
Movie - 7.3
Special Features - 8

The Greatest Show on Earth is one of the most lackluster Best Picture winners in Oscar history. That doesn’t make it a bad movie, but it does show you what happens when a group of people split the vote. After all, you have anywhere between 5-10 nominees depending on the year. But, studio politics and personal favorites influence the overall voting far greater than what is generally known. So, let’s talk about a circus movie that 80% of the general audience will never bother to check out.

Director Cecil B. DeMille is a fascinating figure that doesn’t have the foothold that someone of his historical importance deserves. Dominating during the Silent Era, he would become a powerhouse for Paramount in the 1940s and 1950s. While he made big studio tentpoles back in the day, nobody in 2021 talks about how strange everything from The Ten Commandments to The Greatest Show on Earth really played.

If Rob Lowe showed up on the scene, it would be an episode of 911: Lone Star. What follows in the second half of this 2 and half hour film is melodrama. But, you get a cool train car crash. It’s kind like the middle part of Dumbo but with some sweet Suez Canal Tokyo Drift action. What’s insane about the train crash is this is what convinced Spielberg to become a director. I’m not kidding, Spielberg cites The Greatest Show on Earth as the movie that made him want to be a director.

What is it about circuses and 1950s American cinematic fascination with it? Listening to Spielberg talk about watching The Greatest Show on Earth invokes a time that will have missed most of the readership. This film is all about event spectacle. In a simple time, every new experience is treated like a treasure. A circus was a rare event that got advertised as soon as it was inbound to that town, then you had to greet it as it arrived.

The excitement of moving from the hum-drum to the fever of acrobats, lion tamers and elephants on parade is exciting to the Cargo Cult of 1950s Americana. The Greatest Show on Earth works as the film equivalent for those Americans that weren’t able to make those in-person outings. So much of what Cecil B. DeMille shot in the latter part of his career was about recreating shared cultural touchstones. There’s a reason why he stuck with so many Biblical films and manly outings.

Hollywood in the 1950s was suffering from its desire to hold onto the Golden Age while knowing that the intellectual artists of the East were taking over the game. 1952/1953 also saw the rise of HUAC and Hollywood collectively crapping themselves when pressured by McCarthyism. We all know what happens when big business, waning public interest and artistic temperament collides. That’s right, kids. The studio system sold out their creative talents to get America back in love with La La Land.

Cecil B. DeMille was a major Republican party source of influence in Hollywood. He also hated Communists and worked with several government committees to chase the Reds out of Europe. So, what does Hollywood do when the Oscars that year feature Republican Golden Boy and a ton of soon-to-be Blacklisted writers/directors/stars? They cough up a win for Middle America and McCarthy. After all, who is going to have a problem with a circus movie?

But, that was just it. The Greatest Show on Earth beat out High Noon, Ivanhoe, Moulin Rouge and The Quiet Man. While all of these movies had been faring better in Awards circles and early in the Oscar ceremony, it was a surprise that The Greatest Show on Earth won for Best Story and Picture. People will try to look back and spin this historically for a variety of reasons. When someone is trying to dig something nice to say, they’ll bring up this being Charlton Heston’s star-making turn.

What they don’t discuss is The Greatest Show on Earth’s long history of performing poorly on television and various attempts to resell it on the secondary market. Every single Oscar season, it seems like every major magazine gets in line to dog The Greatest Show on Earth in a bad Oscar winner article. It’s almost enough to make me feel bad for the film, but it does itself no favors. While DeMille knew how to stage productions and capture spectacle, so does any number of summer movie directors.

Are we just throwing around the Oscars to anyone that can frame a shot properly? Now, I don’t want to be poopy pants that bemoans every film that doesn’t bring me joy. It’s just that for what would’ve been a passing summer film, the actual Oscar win for Best Picture has forever colored its fortunes. It happens a lot throughout Oscar history. Bigger pictures split votes, there are protest votes and then there’s good old fashioned bias that leads to certain Best Picture winners.

Kudos to Paramount for finally releasing The Greatest Show on Earth on Blu-ray disc. However, I feel that it could’ve stood to have been in a larger collection. Oh well, I can only hope that we get a 4K release one day.

Paramount Presents loads the Blu-ray with a filmmaker focus with Leonard Maltin as the sole special feature. It’s a fun featurette, but it’s not going to win over any new fans. The real winner is the A/V Quality. That 4K restoration makes the 1080p transfer really pop. Plus, the DTS-HD master audio mono track is period appropriate and keeps the action going. I’d recommend a purchase to the curious. 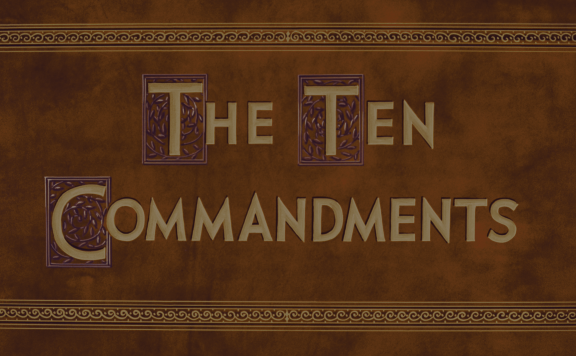 The Greatest Show on Earth is one of the most lackluster Best Picture winners in Oscar history. That doesn't make it a bad movie, but it does show you what happens when a group of people split the vote. After all, you have anywhere between...
0
Average User Rating
0 votes
Have Your Say!
Your Rating: 0
Submit
Write A Review
Genre:Drama
Rating:Not Rated
Director:Cecil B. Demille
Studio:Paramount 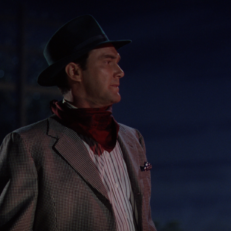 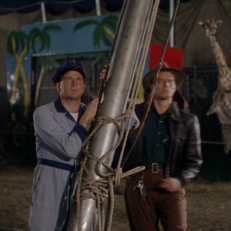 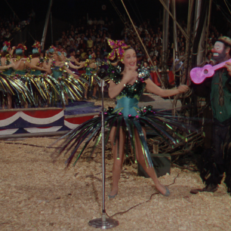 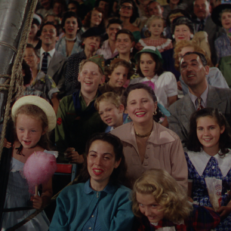 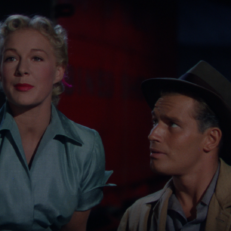 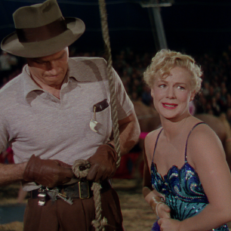 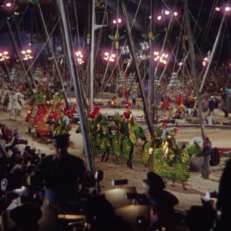