You can use the Table of Contents below!

The Golden Child is one of those films I loved as a kid, but makes no sense to me as an adult. A lot of that has to do with what star power could achieve in the late 1980s. Pairing a bigger 70s director with a young comedic talent and letting them do whatever they want makes a film like this. Is that a bad thing? No. However, it doesn’t produce results that are easily digestible by the wider populace.

Asian mysticism by way of Inner City activism could easily go boring and lecture ridden. But, The Golden Child was made in 1986 with no other goals other than to entertain and make a possible profit. That sounds weird to say, but remaking this movie in 2020 would be different. The pseudo Lama would be a wisecracking ethnic female who has to co-opt the main story.

You’d also have the female lead kicking ass and contributing more to the story than Eddie Murphy. What’s funny is that all of that is true already. The Lama figure was played by a young girl in her only film role. Plus, Charlotte Lewis as Kee was a self reliant woman who saves the day more than once. That is until the reworked ending where Eddie Murphy has to save her before the sunlight goes down on her.

Michael Ritchie directed several movies that I love. Downhill Racer, The Candidate, The Bad News Bears and Fletch are all major works that should make any filmmaker proud. So, when Paramount won the bidding war for The Golden Child script, he didn’t quite make sense as the director. Fletch had arrived the year before to praise. But, does that mean Ritchie automatically deserved to get the attention for all comedic detective movies?

Again if the movie was made in 2020, you’d have fan obsessives on Twitter and other social media outlets screaming for their preferred methods of representation. All the while, the film gets smashed and broken apart into something that barely represented the original script. That would be accurate if The Golden Child wasn’t the second script ever created by the screenwriter.

The Golden Child script got torn apart by Paramount to make it into an Eddie Murphy movie. Wow, we’re 2 for 2 on modern aesthetic dealings and how they impact films. But, this was 1986. It’s almost like I’m saying that these creative changes have existed for decades. I enjoy how crazy this stuff is, but I’m working on a point here.

Charles Dance is an excellent villain

Charles Dance has seen his acting stock rise with roles on Game of Thrones and other recent hits. Back in the mid 80s, he was a working British actor that thought starring in an Eddie Murphy movie would be cool. As a child watching the movie, I found myself way more fascinated by Dance than anyone else. Hell, a kid at school told me they actually got the real Satan on film.

Then, I watched Legend and quickly forgot about Dance’s character for awhile. The Golden Child manages to tweak that pleasure spot in young viewers’ minds. Honestly, I’m thinking back to when I first saw the movie and it had to have been a TV cut on ABC. Due to the power of the Internet, I should be able to grab a clip.

But, that is my third point. During the 1980s, you had a ton of movies like this. Attempts at telling creative adult fare that fell flat with most adults, but made kids feel like they were watching something smart. Maybe it’s because I grew up around adults that would rather watch MASH reruns than visit the Multiplex. That’s why when anything like this arrived on HBO or other means, it was a breath of fresh air.

The modern era doesn’t have things like that anymore. While there are way more avenues to watch outside entertainment, it’s a case of too much too soon. Think about it. You used to remember phone numbers, then mobile phones took away the need to remember most of them. Kids are like that now with entertainment.

A lot reject physical media and any other option that isn’t instantly available. But, what is instantly available? The carefully curated mainstream options that studios and platforms want you to watch. That’s why you have Freeform Original trending on Twitter, but artistic fare can barely get any attention outside of whether or not it triggered someone.

What was the point?

The Golden Child offers something unique in the Eddie Murphy film library. While Murphy would eventually call The Golden Child “a piece of shit” a few years after its release, the cult following exists for a reason. It was a December 1986 release that wasn’t quite Halloween or Holiday fare. A detective story about an Inner City sleuth dealing with Asian Mystics and demons?

The original script was meant to be a Raymond Chandler tale for the modern era. Hell, Eddie Murphy’s character is named Chandler in The Golden Child. What could have been a basic detective story becomes a hodgepodge of ideas that never bothers to define an audience. I miss it when studios could just wing it and let creative fare work its way out into the world.

But, The Golden Child arrived at a time when major movies didn’t cost between 100 and 200 million dollars. Film is a business and one that is lost on the vast majority of fandom.

Paramount has been killing it with the Paramount Presents line. While we can look forward to Elizabethtown and Love Story coming in early 2021, what else will they tackle? The vault is deep and Paramount has so many more classic films to unleash. Hell, the original version of The Gambler is available in HD on various platforms. I’ve been watching Real Life for two years now.

I get that the digital platforms are a fun way to test out the new digital masters. But, collectors and film historians are physical media lovers and they dwell on releases like this. Save digital for teen friendly crap that they will disposable watch. Even the most cult films will get physical replays over and over again from collectors.

Normally, this is where I’d mention the featurettes and other things on disc. We’re in the middle of moving that information to different on-page segments to help out readers. It’s fairly decent, but I’ve seen better special features on other Paramount Presents releases. Ultimately, I’d recommend picking up The Golden Child for fans.

Paramount Presents The Golden Child on December 1st, 2020. Check out that Blu-ray debut.

The Golden Child works in a way that I tap danced around in the review above. Basically, it’s a creative misfire that stumbles out of one area and falls into another. These possible drug fueled journeys into crowd pleasing nonsense made up most of my generation’s childhood viewings. Years later, it just feels like only a handful of people acknowledge the fact that we watched a lot of nonsense.

I’m not talking about schlocky syndicated animation that was designed to buy you hunks of plastic with your parents’ money. The nonsense I refer to is the shit that adults passed up only to be discovered by kids of a certain era. Sometimes it works out, other times it creates questionable fandom surrounding off-putting films.

Eddie Murphy made some terrible films, but most of that came in the 1990s. When I was an early film fan, I adored everything about Harlem Nights and The Golden Child. I watched the bigger hits of the time and made my peace with Best Defense. Still, what is so ‘off’ about The Golden Child?

When you’re a kid watching an artistic work constructed for popular entertainment, it’s hard to pin down what works and what doesn’t. Art is subjective, but poor construction is universal. You can make a bad movie. I know that it’s popular to say that no one sets out to make a bad movie. But, it still happens.

If you can make a bad product, you can make a bad movie. However, The Golden Child isn’t a bad movie. It’s just a weird movie that is the result of compromising the original script to make it work for something that doesn’t quite match the intent. Eddie Murphy is an amazing comedian who changed the nature of the film. But, did it really work?

Think about all of the casting choices that changed the course of film history. What would Tom Selleck have brought to the role of Indiana Jones? Did Eric Stoltz offer up something that Michael J. Fox couldn’t do as Marty McFly? These are the questions that make up clickbait trash all over the Internet. Thankfully, I don’t deal in that stuff.

When I watch movies like The Golden Child, these are the thoughts that roll through my head. If you’re looking for super technical Blu-ray breakdowns…head elsewhere. We’re here to discuss movies that have fallen out of the incredibly limited mainstream view.

Also if Vern can smash out lengthy rates on a Geocities style page in massive text blocks…why not me? Sure, I don’t enjoy B-Action movies like he does. So, I’ll pick up the traffic that tends to congregate among the other movies. It’s going to be a fun 2021. 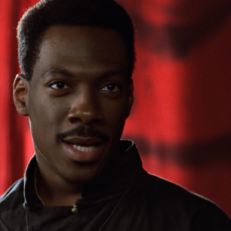 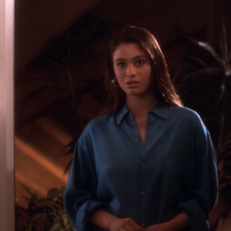 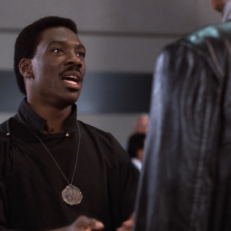 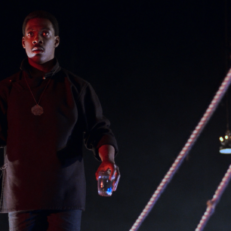 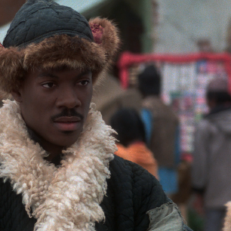 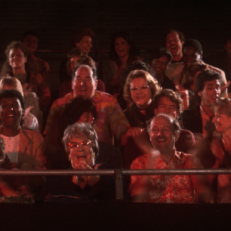 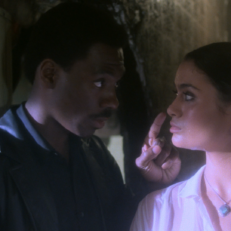 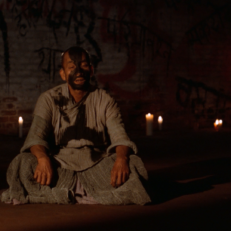