Mario Puzo‘s The Godfather Coda: The Death of Michael Corleone is the kind of movie that COVID made possible. An exercise in revisiting past missteps in an effort to create a new tale for a new generation. Ultimately, it works better as a Godfather movie than the theatrical cut. But, it’s still the least of the Godfather movies.

What people read into that and Coda: The Death of Michael Corleone is a great deal. The Godfather Part III was considered a joke of a movie before many readers were toilet trained. Now, Coppola and Paramount asks to look upon a re-edit with favor. Favor not shown in 1990, but expected to be earned by historical legacy.

The Death of Michael Corleone is a goofy subtitle that never gets any less dumb. I used the full title that Paramount told us to call it at the start of the review to make everyone happy. But, much like this retake on The Godfather Part III, it feels entirely unnecessary. What was left to said after 30 years?

From the videos released to promote the film, it feels like Coppola sincerely wanted to go back and make a serious follow-up to his original movies. But, why couldn’t he do it at a time when mature cinema was better received? It’s not like the COVID stricken theaters of 2020 were exactly screaming for this movie.

Francis Ford Coppola is still one of the great American directors. However, time has a way of making fools of us all. After he insulted Robert Duvall on money matters, that meant Tom Hagen got written out and his part split between characters that didn’t add much to the film. All the while, you had Pacino looking for a film that would finally bring him Oscar gold and Coppola trying to find a way to end the Corleone saga.

But, even that continued to fall by the wayside. Winona Ryder and Julia Roberts passed on the Mary Corleone role which then fell to Sofia Coppola. Sofia being one of the biggest victims in this, as she never really wanted the role. The future Oscar nominated director did right by Zoetrope and her father, but spent years living down a role that she played well to type.

Mary Corleone grew up as a child of the mafia, hearing bits and pieces of the family business. She was way more involved than Kay or Anthony, but nowhere near the level of Michael. Her father wanted to keep her away from the life, but that couldn’t control her heart. Even if the whole relationship with Vincent feels a little more The Hotel New Hampshire in The Godfather Coda recut.

Films that slightly miss the mark are appealing in their own way. In a way, I prefer them to the films that can rest on their legacy. The Godfather Coda is a movie with the biggest brothers in film history. While its first attempt was a tragic misfire, The Godfather Coda is a self-aware misfire that only serves as an apology to a misspent narrative.

Many writers that were active during the original theatrical run are performing mea culpas. But, I don’t know if it’s necessary. After all, a restructured film is still the same mess it was in the beginning. You’re just hiding piles in different corners of the movie.

That doesn’t make The Godfather Part III or The Godfather Coda into bad movies. What it makes them is more obvious in their construction. Coppola rushed into production, as he felt the window closing to tell the final story of Michael Corleone. Whether that was real or imagined remains to be seen, but he told a lesser story.

The Godfather Coda makes it apparent that Coppola wanted to have a three film series that looks at what happens when a man becomes corrupted by an immigrant father’s dreams. Whether it’s Vincent, Michael or even Mary in a way…these are all people trying to share a dream they never truly had. That’s why I appreciated the changed ending so much.

We live in an age where unstable personalities want to dictate art to the masses and those that create. If a director takes a strong opinion, it’s not enough to disagree…you have to challenge everything they have ever done or will do. The ability to appreciate art for art’s sake is in short supply, so what pittance is paid to older movies getting returned to theaters for a second chance?

The nature of how the mafia exists in our shared fictions has changed dramatically since Puzo and Coppola first teamed up. Now, we can see The Godfather Coda for what it is to the Godfather Saga. A capper on how the mafia of old has given way to changing business and relations around our times.

There was an effort to make a continuation of the series in the late 90s, but Titanic’s success took DiCaprio away from Coppola’s plans. Given the flat farts that were Jack and The Rainmaker, Coppola needed a star to get a fourth movie going. It’s a fun thing to think about on a December evening, but not a necessity.

So much of the surprise hoopla surrounding The Godfather Coda ultimately feels like a lot of fuss for nothing. This should have been a cut included on a future 4K set and not necessarily demanding its own place in the sun. Again, that doesn’t make it bad. It just makes me question the necessity of a lot of things at play.

Paramount has issued a Blu-ray that feels true to Zoetrope yet informs audiences enough. The Godfather Coda Blu-ray only comes with an introduction from Francis Ford Coppola. But, the A/V Quality is impeccable as seen in the screenshots. I’d recommend a purchase for Godfather completists.

The Godfather Coda arrives on Blu-ray & Digital on December 8th, 2020 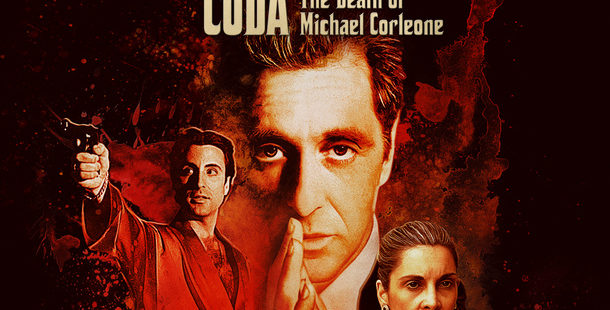 The Godfather Coda: The Death of Michael Corleone (2020) [Blu-ray review]

It's the longest and most depressing episode of It's Always Sunny in Philadelphia. Mario Puzo's The Godfather Coda: The Death of Michael Corleone is the kind of movie that COVID made possible. An exercise in revisiting past missteps...
0
Average User Rating
0 votes
Have Your Say!
Your Rating: 0
Submit
Write A Review
Genre:Crime, Drama
Rating:R
Director:Francis Ford Coppola
Studio:Paramount 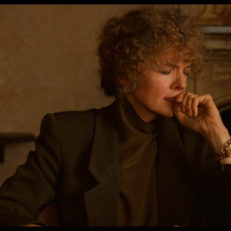 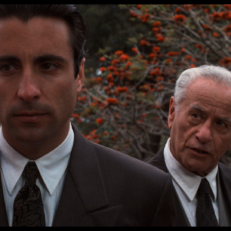 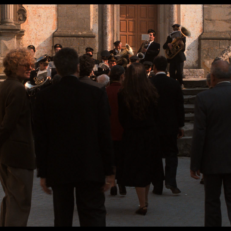 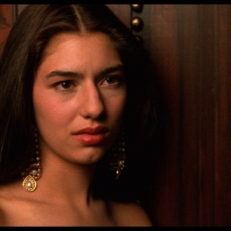 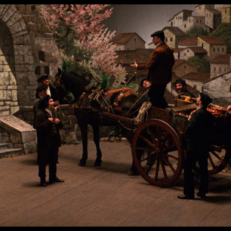 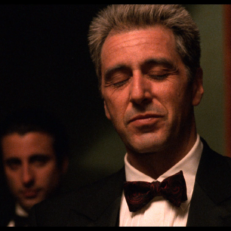 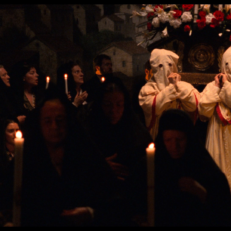 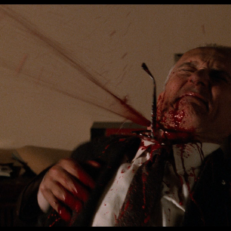