Summary
The Court Jester is making its Blu-ray debut with a proper Collector's Edition. Learn about the magic of Danny Kaye with Paramount Presents The Court Jester.
8.8
Great
Video - 9.1
Audio - 8.4
Movie - 9.5
Special Features - 8

The Court Jester is a comedy classic for a reason. That reason is boomers have dictated our pop culture views for too long and their favorites were either from their childhood or cynical adult years. When everything that followed as part of a nostalgia fueled industry of repackaging the same favorites, humanity lost the ability to pin down what was actually funny. Now you have kids today who can’t filter out the difference between Pepe Le Pew and Danny Masterson. But, that’s a rant for another time.

Danny Kaye is on fire playing multiple roles in The Court Jester. But, what’s funny is that outside of Kaye…The Court Jester really isn’t a comedy. Honestly, it plays closer to Robin Hood: Prince of Thieves than it does the typical 1950s comedy laugh riot. Lansbury is a semi-villain, Rathbone is a heavy and Natwick plays a witchy supporter. Everything bounces in a fun mess that still has appeal to classic film fans. Meanwhile, your spouse is checking their phone to see what the weather is going to be tomorrow.

Angela Lansbury is the forgotten strongest player in The Court Jester. She can be a bit underhanded, but she’s still a Princess doing what she can to save her kingdom. It was a different time, but somehow Lansbury stays a bigger part of the film throughout its run time. But, what does that mean in the grand scheme of things? Why didn’t The Court Jester work better as a comedy?

Ultimately, the film revolves around a baby’s ass birthmark. History has depended on dumber things, but it’s a bizarre McGuffin to hang a fictional historic comedy. It’s just that The Court Jester hangs its plot on a baby’s ass and reveals some unusual about the film’s construction. Panama and Frank were an excellent writer/director comedy team of the 1940s and 1950s. However, their material was very much of its time.

Quippy and short designed plots that were created to work more as vehicles for the lead star rather than plots. Danny Kaye can’t even make it out of the opening credits without breaking the fourth wall to talk about the credited writers. While novel for the period in which The Court Jester was first release, it can’t help but feel soft in an era with over-saturated Deadpool clones that can’t stop winking to the at-home streamers.

It seems that whenever I pick up classic films on iTunes, they immediately get a physical release the following year. Sometimes, it takes less time…but it always happens. In that regard, I’m still waiting on a Warner Archive release of One Crazy Summer. Paramount Presents knocks it out of the park with this stunning transfer and DTS-HD mono track. Compared to my old HD copy off of iTunes, the disc presentation pops way more for The Court Jester.

Before I leave, I want to add something about these classic films. I love covering movies like The Court Jester and others at AndersonVision. However, I tend to get caught up in my thoughts and I have to edit the living hell out of these to keep them from turning into essays. If the world has learned one thing in the past week, nobody needs to hear a white nerd’s hot take on Soul or any other animated movie.

So, what does that mean moving forward? Well, we’re trying to clear out the backlog to build more of a lead-in to these pieces, the Top 25, Oscar coverage and the long in production video series. So, if you like what we’re doing here with films like The Court Jester, let us know.

The Court Jester is a comedy classic for a reason. That reason is boomers have dictated our pop culture views for too long and their favorites were either from their childhood or cynical adult years. When everything that followed as part o...
0
Average User Rating
0 votes
Have Your Say!
Your Rating: 0
Submit
Write A Review
Genre:Comedy
Rating:Not Rated
Director:Melvin Frank, Norman Panama
Studio:Paramount Pictures 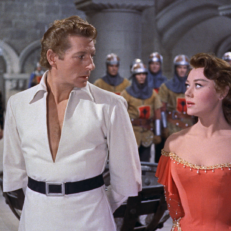 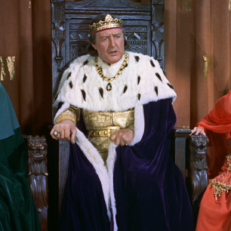 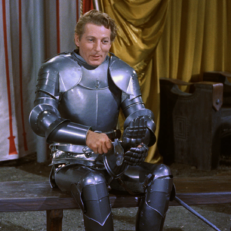 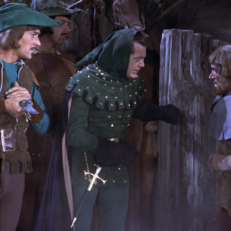 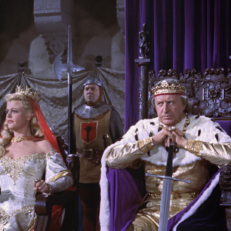 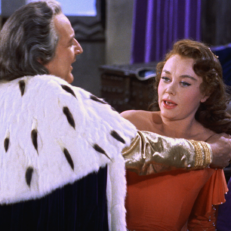 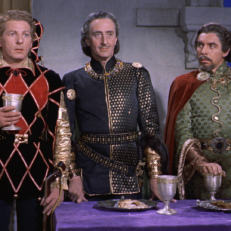 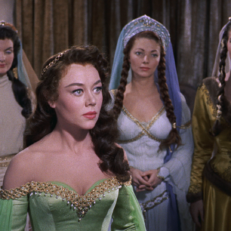