The Bermuda Depths was an ABC TV-movie in America, but a theatrical release everywhere else. Both presentations are available on this Warner Archive Blu-ray. But, I’m going to stop you right there. The Bermuda Depth is an insane movie that could only exist in a period where TV-Movies were in such demand that they went there. Yet, this film would’ve bombed at theaters. Why?

Rankin/Bass would team up with Tsuburaya Productions to make three Sci-Fi/Horror movies that would get distributed by Warner Brothers. Honestly, I wouldn’t be shocked if we see The Ivory Ape or The Last Dinosaur before long. It’s just that The Bermuda Depths doesn’t make sense. I watch a ton of horror movies every year, so it’s not like I’m getting surprised by what the film is trying to do. I just don’t think they accomplish that in 97 minutes.

The Bermuda Depths is a killer creature movie. But, it’s also a ghost romance story. The main lead has dead parents, but he also wants to throw down with ghost Connie Selleca. The way everything is handled, it seems like it was made by the guys that made Bagboy. But, let’s take a step back. Bagboy didn’t have Carl Weathers in it.

Watching TV-movies from the late 70s requires a degree of patience and understanding that no longer exists. So, I’m not expecting a ton of younger viewers to discover The Bermuda Depths. However, there is always that campy cult audience that always wants me to first to find a film. While they tend to be obnoxious kids always looking to clown on something, I don’t think they get that easy of entertainment with this film.

The Bermuda Depths is sincere in its desire to be entertaining. You can buy into the young romance, the turtle as a supernatural threat and the adult crew trying to save the day. But, I guess it’s the Rankin/Bass influence, but The Bermuda Depths feels very much like a kid movie pretending to be for adults. Given that its origins as a TV-movie limited how adult they could get, but there were TV dramas that felt far more mature in 1978.

The guys that the FX for Ultraman are responsible for the killer turtle monster action. While I had a hell of a time pinning down great shots of the turtle, the Bermuda Depths uses the threat well. Most classic creature films work when you see a creature that isn’t evil by nature, but protecting something. It makes the threat behave like a real world creature and you can buy its struggle.

Regardless of how scary the Kaiju influence on the turtle might be, it’s still a turtle. Ultimately, The Bermuda Depths falls flat upon harsh scrutiny when the movie looks like Summer Vacation Turtle Attack. But, damn if it’s not one of the most charming movies I’ve watched in 2021. Maybe I’m getting older, but I appreciate charming goofy films that don’t belittle my intellect. There’s nothing dumb in The Bermuda Depths. It just feels aggressively preteen cartoonish at points.

Warner Archive brings The Bermuda Depths to Blu-ray with both versions of the film and a brand new audio commentary as the special features. For being a TV movie, the A/V Quality is incredible. Seriously, people. Name any other TV movie that looks this good in 1080p. Kudos to Warner Archive for getting Amanda Reyes on a commentary. She’s the TV Movie Oracle of Delphi and everyone reading this needs to buy her book. I highly recommend this oddball of a release from Warner Archive.

Fans can purchase The Bermuda Depths at www.wbshop.com/warnerarchive or online retailers where DVDs and Blu-rays® are sold

The Bermuda Depths was an ABC TV-movie in America, but a theatrical release everywhere else. Both presentations are available on this Warner Archive Blu-ray. But, I'm going to stop you right there. The Bermuda Depth is an insane movie that...
0
Average User Rating
0 votes
Have Your Say!
Your Rating: 0
Submit
Write A Review
Genre:Action
Rating:Not Rated
Director:Tsugunobu Kotani
Studio:Rankin/Bass, Warner Brothers 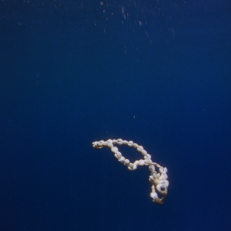 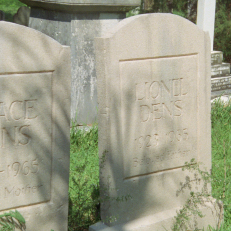 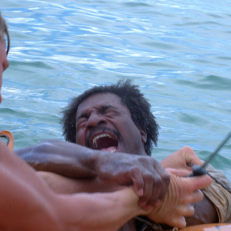 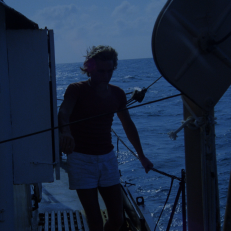 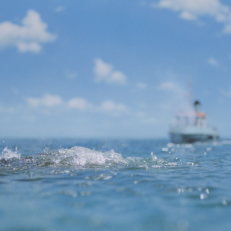 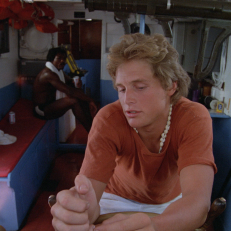 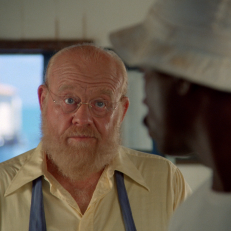 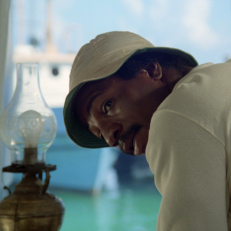