Thor has started becoming a complicated character again, as the use of Mjolnir has led to issues of identity and gender tied to being the God of Thunder. Unfortunately, time is an issue and we’ll have to give Jane Foster her due much later in this Project. For now, we’re looking at the original Odinson. Thor began life in the Marvel Universe as the lead in “Journey into Mystery” The first two years of the character’s existence was THAT GUY LOOKS WEIRD, rather than epic tales of Norse Alien Deity fantasy saga.

Most of that shift started when Jack Kirby started plotting the book and beginning to work on ideas that he would later flesh out  in his Fourth World Saga and The Eternals. But, what of Thor? What makes him so special? Well, Thor is the son of Odin. Odin was born when the Demiurge had its way with Gaea and produced the Elder Gods. Odin’s father Bor was born, he got it on with a Goddess and produced Odin. Odin didn’t decide that he had the hots for Gaea, so he did some weird Excelsior Incest and had Thor with Gaea. Fearing for the young blonde God’s sanity, he made Frigga his new wife and told Thor she was his new mother.

Thor spent the last 2000-3000 years venturing to Midgard (Earth) and trying to be one of the humans. He drank with them, fought them and made them worship him as a God. When Thor gives us up, Odin bestows Mjolnir on him and allows the young God to start becoming the God of Thunder that we all know. Time passes and Odin gets pissed at his kid and ties him to a mortal coil named Dr. Donald Blake. Through the Blake guise, Thor would join and found the Avengers while fighting his rogues gallery for the first time.

Time would pass, as Thor would lose the need for Blake and start going far more cosmic. He would fight Galactus and his Heralds. Thor would venture to the ends of the galaxies and meet new alien races as well as the Guardians of the Galaxy. Things would go far lame for awhile until a random alien named Beta Ray Bill would challenge what Thor knew about his powers. Facing issues about what it means to be a God of Thunder, Thor would learn new things about his family, Asgard and his relationship with Loki.

During this time, Thor would become a frog for a bit. The Executioner would die defending Asgard. Odin would seemingly die vs. Surtur and we would get a hint that Odin was lying about how Asgard was formed. This would later boil to a point in the Fear Itself event where The Red Skull merges with the powers of Odin’s supposedly dead old brother. There’s also the stuff about Odin fighting Heaven and making people forget about his daughter.

Asgard would fall, return and eventually be parked over a small town in Oklahoma. Thor would learn that Tony Stark created a knock-off robot named Ragnarok that he forced to fight for him during the Superhuman Civil War. Ragnarok would eventually fade to the background and only appear when someone remembers that a robotic Thor exists. Things would keep marching forward until Malekith the Accursed cuts off Thor’s arm and the Odinson has to replace it with an Uru metal prosthetic.

Around this time, Thor would lose his right to Mjolnir at the end of Original Sin. Jane Foster would take up the guise of Thor: Goddess of Thunder. Thor would spend his last days in the Marvel Universe fighting with others, angry over the loss of Mjolnir and trying to help stave off the Multiverse collapse. Teaming with Hyperion, Thor would try to buy the Avengers some more time while fighting off the Beyonders.

Thor and Hyperion killed the first wave of Beyonders. But, the subsequent waves caused the death of Hyperion and the Odinson. On God Emperor Doom’s Battleworld, the Odinson is part of a planet wide team of Thors that police the planet for Doom. What will come after the Secret Wars ends has yet to be seen. 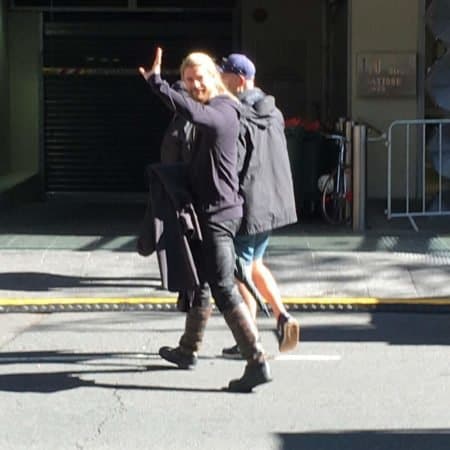 Our pals in Australia have sent AndersonVision some Thor: Ragnarok set pics
August 27, 2016 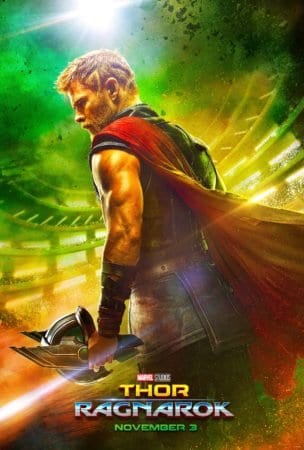 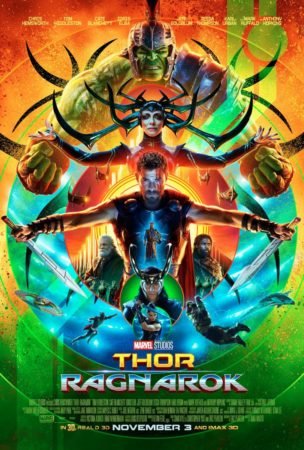