Last Wednesday, I had the pleasure of interviewing Don Coscarelli. Over the course of the next 15 minutes, my recorder became warbled and dropped certain sections of the interview. Keeping in the spirit of “John Dies at the End”. I’ll leave it up to the readers to determine when and where these technical issues appeared.

Below are the questions from readers that I chose to submit to Mr. Coscarelli.

1) When adapting the work of others, what guides your hand?

Time and financial constraints. It was difficult to cut the book in half. However, I approached author David Wong with my plan for adaption and our plans synched up perfectly. There are some concessions to be made in film, but I feel it worked out.

Absolutely! It’s been my life’s work and I find it immensely fascinating. The enjoyment from not knowing what’s real and what isn’t is so satisfying.

(From here, we talked back and forth about open endings and alternate realities for a bit.)

Mystery in a story is better. Phantasm had its open ending to make ruminations better. I love hearing from fans about it and it’s interesting to see the impact it made on others. It’s been 35 years and we’re still talking about it. So, I assume that we did something right.

3) How much of a role did Paul Giamatti play in making this happen?

Paul Giamatti was all over “John Dies at the End” from the beginning. His production company got a lot of the film started. They’re doing a lot of interesting films recently. I don’t know if you’ve had the chance to see Cold Souls, but it’s good. Paul is also working on a movie with Paul Rudd. It’s about a pair of French Canadian brothers planning a heist around the Holidays.

But, Paul was great. He was a huge fan of “Bubba Ho-Tep” and he took several meetings with studio executives with me. We pitched “John Dies at the End” to two major studios and the response was enough to push me to do it independently. Every note we got back suggested cutting out everything that makes the movie work.  Paul helped me to get financing and worked around the time it took to get the film made. I think we started shooting around late 2010 and here we are.

4) Will we ever see Survival Quest 2?

It’s funny that you should bring this up. I just talked to Lance Henriksen the other day. He’d love it to get started. It was a good movie, made with a few errors. Still, it was a great time and it was Catherine Keener’s first movie. I also think it was one of Dermot Mulroney’s first films.

5) Who needs to start a kickstarter to get Kenny and Company on Blu-Ray?

Now, there’s a great idea! I’d love to see it done right. Have you ever seen it?

(At this point, the file is warbled. But, I’ll give you a blow by blow. We discussed his first film and his time working as a young filmmaker. I brought up meeting Reggie Bannister and his wife at the Georgetown Drive-In in Indiana. Then, the tape restores)

My first film never got a solid transfer. So, I don’t know what it would take to get it ready.

6) Did you get the chance to check out the Scream Factory release of “Phantasm II” on Blu-Ray?

I haven’t had the chance to see the final disc. However, I saw the retrospective documentary and I was impressed by its thoroughness. The guys put together the most amazing supplemental materials. I don’t know where they found it, but they had this old Encyclopedia Britannica clip of Angus Scrimm as Abraham Lincoln. It’s about 16 minutes long and I had never seen it before. Great work all around and I can’t wait to check it out.

7) Will there be a Phantasm V?

You can’t ever say no. Reggie, Angus and everyone are in good shape and still can knock a movie out. People seem to want it. I thought it ended with Phantasm IV, but who knows?

I wish I could’ve saved more of the transcript, as this was one of the best interviews I’ve done in my life. However, the gist is here and we got the major questions tackled. Much like “John Dies at the End” or any of the “Phantasm” movies, I’ll leave this open for you to interpret what you want from it. Sometimes, ruminations are better. That’s what I took away from the amazing time I got to spend with Don “Yeah, I made Beastmaster” Coscarelli.

MAGGIE LEVIN (Director: Into The Dark: My Valentine)
February 23, 2020 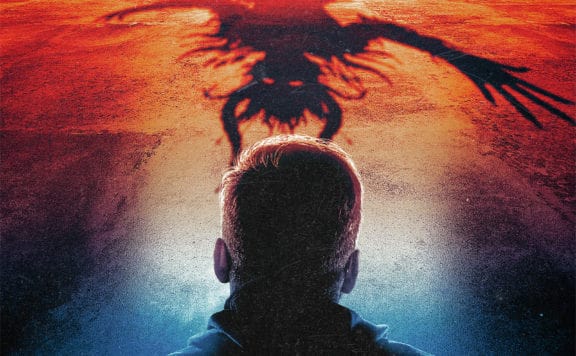