After the women experience their first loss, which resulted in the firing of Claudia Jordan, the women begin to feel the heat and tensions rise on “The Celebrity Apprentice.” In the upcoming episode airing Sunday, March 29 (9-11 p.m. ET), the remaining 12 contestants prepare for their next challenge — to manage and run a Loews Regency Hotel  catering to the guests’ every need.

Teams Athena and Kotu must manage five rooms each at the Loews Regency Hotel and accommodate all of their guests’ wishes. The celebrities don hotel uniforms and run every aspect of the hotel, cleaning rooms, running the concierge, and delivering room service. Each celebrity wears several hats, and the tables are turned on them as they try to deliver the high-end service they would request. One team must contend with a disgruntled celebrity guest, while the other team faces off with a leader who’s out of control and an explosive meltdown follows. Guest surveys give one team the edge and in one of the most powerful boardroom confrontations yet, competition is set aside to confront one celebrity about their harmful addiction.

00
Previous ArticleSCI FI AND RHI ENTERTAINMENT TEAM FOR 4-HOUR MOVIE EVENTS ‘RIVERWORLD,’ ‘ALICE’ AND ‘THE PHANTOM’Next ArticleRandy Knows How to Fix the Economy in an All-New ‘South Park’ on Wednesday, March 25 at 10:00 p.m. on COMEDY CENTRAL(R) 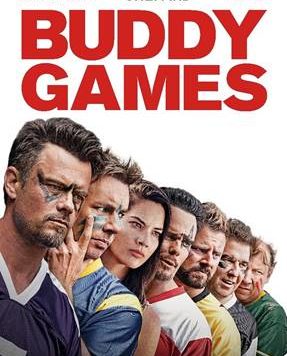 Friday News: So You Wanna Save the Planet, Buddy Games
November 6, 2020