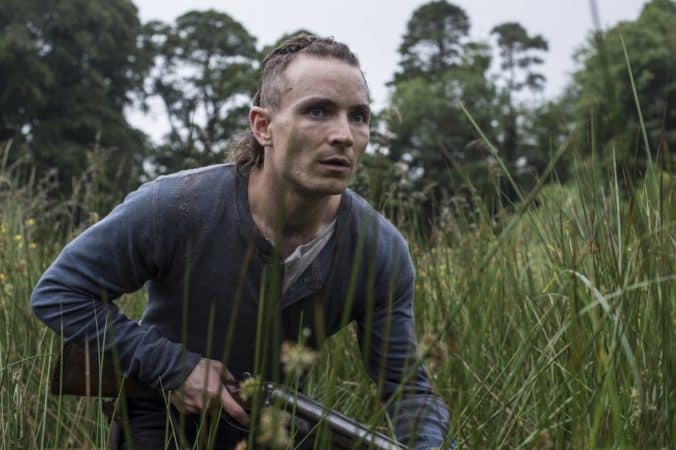 “The Survivalist” takes us into an alternate future where the population explosion has destroyed food supplies. People return to hunter/gatherer style living, while others barter to stay alive. Our titular character finds a mother & daughter desperately pleading for food. So, he strikes a deal with them. Give me the girl and I’ll give you some food. From there, magic and romance happens. Did you really believe that?

If you thought semi-rape, constant threats to mortality and the biggest slice of Euro-gloom since “Threads”…then this will do it for you. I still find the ending to be a cop out, as it tries to give a sense of improvement after slogging through nearly 2 hours of depression. If a film is going to blast me in the face with awfulness, I want to embrace a world in decline. Don’t pull that “Village” style ending on me and show a larger world. The only larger world of “Survivalist” should be more people eating nature’s garbage.

But, I’m a weirdo like that. This is one of the few films I revisited multiple times this month. By the time you read this, it’ll be on VOD. Give it a watch during the Holiday weekend.