Superman & Lois is one of the reasons I continue to defend the CW. Stargirl is the other and we have a bit of news coming up about that later. That being said, when DC can embrace its heritage and understands how to mine drama out of real characters…they succeed. What hurts DC is when they spend all of their time trying to chase Marvel or mine trends. Why should a show about a grown up Clark and Lois raising super twins even matter?

Telling Superman stories as seemingly become harder as the years march forward. The current non-controversy aside, I feel this series manages to tap into what makes a modern Superman work so well. It borrows from the classic origin, the 1970s Superman renaissance with the WGBS era and even the recent 90s stuff. But, what does it all mean? Mainly that you can piece together enough of a long history to create a well-adjusted history.

Over 15 episodes, Superman and Lois crafts a fun look at how you can take Superman out of Metropolis and explore his initial origins. Smallville attempted it, but the success didn’t last that long. You’ve had multiple attempts at taking stabs at Superboy, but no one ever addresses Superman as a functional adult. Hell, the attempts to examine his kid has caused a media firestorm.

I’m always a big fan of when DC works smart instead of trendy. What could’ve easily been the adventures of Old Kal-El has now turned into a way to examine what it means to be a super powered adult. Plus, I love Elizabeth Tulloch as Lois Lane. While the stuff with John Henry Irons gets confusing and overlaps in a lateral move with The Eradicator stuff, it plays well in the end.

Especially given how the initial pilot shows one set of things happening and CW/DC/Berlanti takes it in quite the opposite. The new season of the show is supposed to start in January 2022, so I’ll wait to see how it plays out. That being said, I’m quite intrigued and ready to rock with a new CW show.

Warner brings the first season of Superman & Lois to Blu-ray with quite a similar package to the other CW shows. The special features range from featurettes to more featurettes. You get to see the entire DC FanDome panel which is nice. The A/V Quality is superb strong with a 1080p transfer and a clean DTS-HD 5.1 master audio track. Pick it up if you’re a true DC fan.

Superman & Lois is one of the reasons I continue to defend the CW. Stargirl is the other and we have a bit of news coming up about that later. That being said, when DC can embrace its heritage and understands how to mine drama out of r...
0
Average User Rating
0 votes
Have Your Say!
Your Rating: 0
Submit
Write A Review
Genre:Sci-Fi
Rating:Not Rated
Studio:Warner Brothers 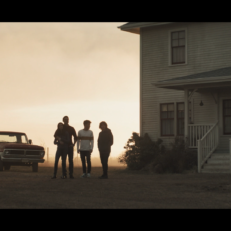 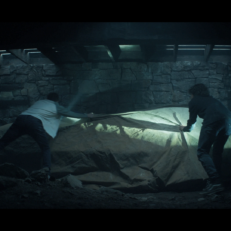