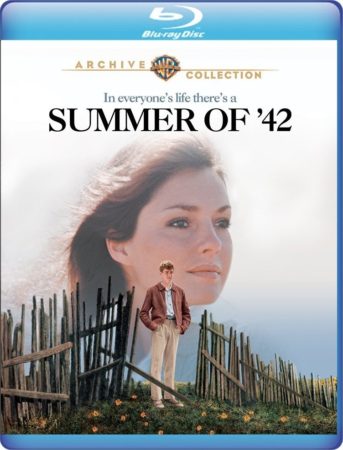 “Summer of ’42” is an Oscar-winning film about one dork’s quest to bone an older lady. What makes it so interesting is how the film was shot. Adults are shown either as the requisite sex object or unseen Charlie Brown style parental figures. The only adult outside that gets major face time is the local pharmacist. But, he just exists to make it awkward for our teen boys to buy condoms. To anyone born in the modern era, most of this film will seem as quaint as an episode of The Waltons.

What the film serves to do is exist as an indie made in the studio system that plays amazingly tone deaf. Going back to my college notes, I borrow a line about the movie from an old paper. It’s a novelization that didn’t need a film. The film’s write also wrote the hit book, but Warner Brothers pushed the book’s production as a way to help recoup the cost of the film. When both film and book became a hit, it showed that Warner Brothers underestimated vintage nostalgia.

But, sexuality as a means of understanding one’s past self is so odd for this era. Pick it up and let your mind wander.