Sudden Fear is one of those movies that was a big hit when it first hit theaters. Then, it fell out of favor with the mainstream over the next few decades. Kino and other outlets did their best to bring it back, but I feel like it wasn’t really talked about until the recent Cohen Collection restoration. Why is that?

Joan Crawford flips the typical Film Noir and Woman in Distress film motifs on their ear. She plays a playwright that marries a lousy actor. It’s a tale as old as time. Just look at Arthur Miller. But, Miller never had to deal with his spouse trying to murder him.

Too often we watch movies about this era where major actresses have to play against type as wusses. There is not a moment in Sudden Fear where I don’t buy that Crawford couldn’t murder the rest of the cast. When we discuss villains, we tend to lump together under their ability to create carnage. But, what about the intelligent ones that reinvent evil?

Jack Palance deserved his Oscar nomination for Best Supporting Actor. While the premise of Sudden Fear might be insane, Lester Blaine is the character that would make you believe this could happen. It’s not that he’s angry about how his career is going to Hell. Lester just wants the easy way out.

Palance knows how to play the role as looking for the opportune time to benefit. Too often, actors overthink what makes a criminal into a criminal. Then, there are other times where they just play them as henchmen. But, if Palance was motivated by greed, then what everyone else in the film? Also, why is it that our eye is drawn to Palance as being the only villain in Sudden Fear?

When recently discussing Holiday Affair, I mentioned how Robert Mitchum came across as too heavy for a romantic lead. However, Jack Palance and Robert Mitchum were the kind of actors meant for roles like this. They have lived-in faces that sneer and play to the camera. These men use their bodies to set the stage.

When is Film Noir not Film Noir? Coming at the end of the movement, Sudden Fear tried to work its way into the main grooves of Hollywood. RKO was on a down swing and Joan Crawford was starting to lose her star power. At the age of 47, she couldn’t work as the lead in your typical romantic fare. She was already losing roles to the likes of Grace Kelly among others.

If you dig Ryan Murphy’s imaginary What If series about Crawford and Davis, then Sudden Fear provides a fun fact. This was the only time that Davis and Crawford competed against each other at the Oscars. Shirley Booth ended up winning, but that’s not the point. The point is that Sudden Fear marks the start of the major actresses of the 30s and 40s being set against each other for the studios’ benefit.

Gloria Grahame is the unsung hero of Sudden Fear. Playing it up as Jack Palance’s vamp girlfriend, she’s an equal part of the murder plot. What could have easily turned into a token moll role becomes a fascinating look at what constitutes villainy. In a plot that Hitchcock would’ve milked for every shot, Sudden Fear shows what happens when two idiots cook up a homicide.

It’s not that Grahame hates Crawford in any direct way. She’s evil because being evil just feels so good. Most stupid street level criminals only view their actions in the most basic of ways. It tends to be people that think they are smarter than their means that wants to dress up their action.

The average piece of garbage just wants to get from Point A to Point B. In that way, Joan Crawford’s manipulation of events in Sudden Fear makes her that much more edgier. What drives Crawford’s motivation in the film is embarrassment. When you embarrass a smart person, the results can be downright cruel.

When it comes to crime fiction, I love it when a criminal plot gets flipped against the criminals at play. Jack Palance should and would have been the heavy in other film. But, Sudden Fear wants you to see what happens when you push a bad bitch to her breaking point. It’s hard to imagine Crawford as a Rorschach style character, but that’s what we have here.

Considering that Crawford is playing a woman of intellect and wealth in 1952, she had to suffer many fools to amass the wealth at her disposal. When she finds out that her new husband was using her to get at that money, how else was she supposed to take it? You don’t humiliate a woman like this and expect to skirt off! At best, you get divorced and left penniless. The worst case scenario involves getting you and your accomplice ran down in the San Francisco streets.

What sucks is how so much of this stunning Crawford performance is lost due to the shadow of Mommie Dearest. The mythos of Crawford is now surrounded in the gaudy facade of camp and that has robbed modern film fans of understanding Crawford’s power. She was the most physical and screen conscious actress of her day.

There wasn’t a moment when Crawford didn’t obsess over set details or how light would hit her in a scene. While some would call that being a trouble back in the day, it’s the level of care that raised her films to a new level. Think about how she worked in that wheelchair throughout Whatever Happened to Baby Jane. Bette Davis got the Oscar nomination and attention because she was the loudest.

However, Crawford was the more believable performer, just as she is here. In a way, it makes attempts to understand Crawford ala Feud make sense. Imagine being a genius female performer in a time when your sheer being was a novelty. How frustrating must it feel to work yourself out of the mire only to be considered second fiddle to any ham that has to share the screen with you?

That level of feeling robbed and screwed over at every turn would drive a lady crazy. Jack Palance never stood a chance against an actress bringing that level of power to a role. While Gloria Grahame was fun in her role, Sudden Fear belonged to Crawford. But, why?

Dialogue and the power of listening drives the heart of Sudden Fear. So many scenes are predicated on what is discovered via listening to other actors and what they don’t say to each other. The fact that a movie like this got made back in 1952 was stunning.

Films that defy genre expectations always thrill me, but Sudden Fear hit that sweet pleasure center of my brain during this viewing. While 2020 saw me enjoying Judy Garland movies, will 2021 be the year I rediscover my love of Joan Crawford? Honestly, I can’t think of a better actress that deserves all of our critical thought.

Sudden Fear comes to DVD from Cohen in January after having a prior Blu-ray only release. I’m still not sure why this release is happening unless they are trying to bait the casual older fans that don’t make the biggest tech jumps. Honestly, the transfer is far more serviceable than I thought possible.

What’s funny about this disc is the commentary is from the guy that wrote the TCM Essentials books. After just finishing those books during Christmas, I can’t say that I totally agree with all of his takes about Sudden Fear. Our differences are minimal, but that’s due more to my love of relishing in onscreen evil.

Film Noir on its face didn’t always give audiences a chance to see the tables get turned. It was almost always about relishing in what happens when bad things just keep happening in darkly lit environments. These were movies meant for people like George Raft, Lana Turner and Robert Mitchum. Why would Joan Crawford slum it in movies like this?

Sudden Fear answers that question in spades. For being an older actress, roles were limited in 1952. When you want to still have fun on film, you reach across the wide spectrum of film to find fun roles? What else could be more fun than attacking the evil men that want to ruin your life? For equal measure, you get to pick off the women that enabled them.

It’s not hard to imagine Crawford seeing this as a psycho-emotional vehicle to work out a ton of real life issues. But, that’s speculation and doesn’t belong in the world of the real. So, where does that leave us as a curious audience?

Ultimately, what I love about Sudden Fear is how it telegraphs to the audience that Jack Palace is a piece of crap. The real joy is watching Joan Crawford discovering what we know and seeing how she has to survive in that world. It might be the earliest instance of the Hitchcock suspense influence rubbing off on other bigger films.

But, damn if it was not super effective here. Sudden Fear is one of those movies that slips out of the public because it doesn’t quite gel with certain times. I’d like to think of a world where Mommie Dearest didn’t turn Joan Crawford into a joke for years. We are all poorer for the impact that book had.

The Cohen Collection brings Sudden Fear to DVD with an audio commentary and a trailer as the special features. The A/V Quality is pretty typical for a recent DVD. But, Cohen did drop a Blu-ray a little bit ago. Hell, I think we even covered it here. Oh well, pick up a quality movie any way you can watch it. 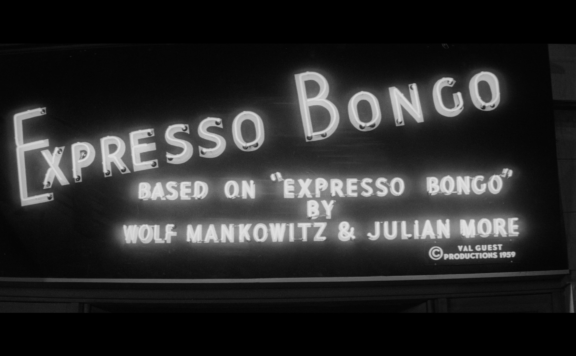 Sudden Fear is one of those movies that was a big hit when it first hit theaters. Then, it fell out of favor with the mainstream over the next few decades. Kino and other outlets did their best to bring it back, but I feel like it wasn't r...
0
Average User Rating
0 votes
Have Your Say!
Your Rating: 0
Submit
Write A Review
Genre:Drama, Film Noir
Rating:Not Rated
Director:David Miller
Studio:RKO 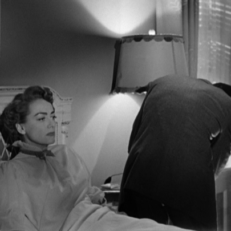 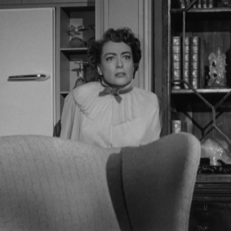 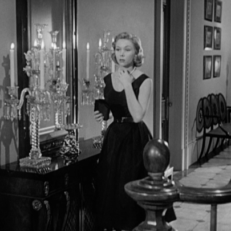 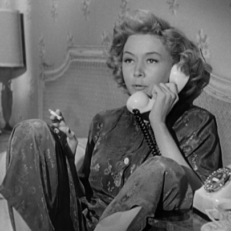 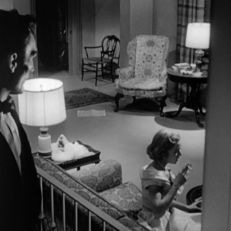 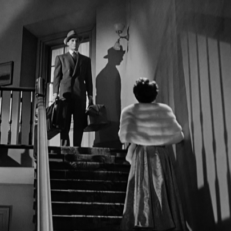 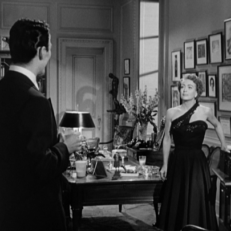 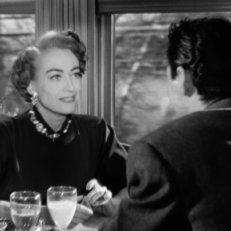