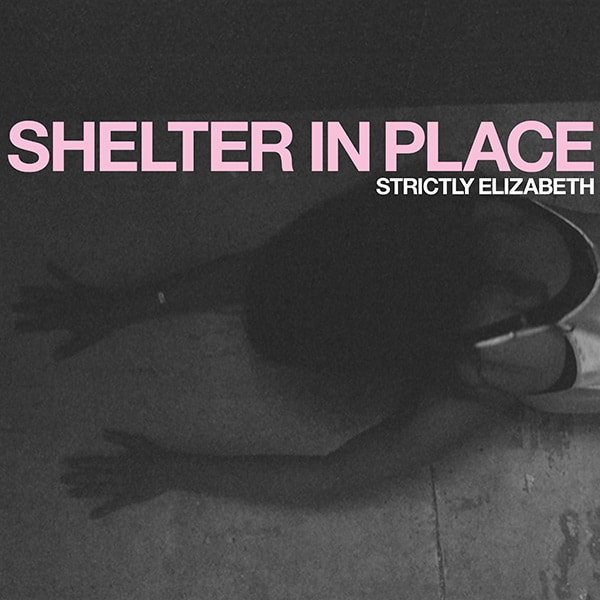 Strictly Elizabeth (Jessica Elizabeth Davenport) is set to release her debut album Shelter in Place on Friday May 29, 2020.   Co-Produced and engineered by musical collaborator Chris Hughes at Airship Laboratories in Richmond, Ca. & mixed and mastered by Paul Kolderie (Pixies, Radiohead, Warren Zevon), Shelter in Place is a vibrant mix of dreamy pop lullabies, indie rock guitars, lyrical angst and plaintive vocals. It is the result of professional triumphs, personal tragedies and hitting pause on ambition to further her career as an architect to concentrate on her lifelong passion In music. Where both career paths merge is in the nine animated videos Davenport is storyboarding for each song on Shelter in Place.

The track listings for Shelter in Place is:

“For me – I was frustrated with architecture and was dealing with a lot of emotional pain, so I simply picked up my guitar,” said Jessica Elizabeth Davenport of Strictly Elizabeth “It took me quite a while to literally and figuratively find my voice and that of my alter ego but Shelter in Place is the outgrowth of much soul-searching and healing. It’s exactly the record I wanted to make.”   While careers in both music and architecture aren’t exactly commonplace, both were important to the idealistic Davenport growing up.

Told she had to make a choice, the University of Cincinnati graduate with a Master’s degree in Architecture made the most practical one. It worked out for quite a while. But It took an impractical live music set at New Orleans’ fabled Checkpoint Charlie in the French Quarter in the wake of Hurricane Katrina while working as a government contractor, that Strictly Elizabeth was born. By channeling her personal issues, pain and emotions to find her musical voice, a creative and spiritual musical journey ultimately became her debut album.

Taking inspiration from intelligent, passionate female figures such as architect/artist Maya Lin and songstress/painter Joni Mitchell gave Davenport the motivation to forge a dual career. It was Mitchell who described the need for dual creative outlets akin to crop rotation, the practice of growing different types of crops in the same soil at different times to increases crop yield. It was this practical and creative approach that yields better crops which will flourish down the road that Davenport related to. Consider Shelter in Place, Davenport’s musical Farmer’s Almanac, a musical periodical with a long-range prediction for a very successful coming year.