Steven Universe is one of those shows that I have a ton of unemployed 30 years old telling to me watch. What’s weird about a cartoon series being recommended by adults rather than small children is lost on so much of the modern world. It’s a mix of age and personal experience, but I don’t totally trust a cartoon if it doesn’t have the kid factor. Either kids love it or they sneak around their parents to watch it. I’ve had kids fall over themselves to talk about how much they love like things like Adventure Time or Infinity Train. I’ve yet to have a single kid bring up Steven Universe.

The Crystal Gems are the Earth bound survivors of an alien plot to sterilize the Earth. Now, they visit destroyed cities and other places while meeting monstrous Gems. These Gems were exposed to weapons that ruin their ability to stay rational. After three hours, I was curious by what Steven Universe was saying on a sub-textual level.

Young Steven is a chubby little boy that lives with the Gems and his doofy Bill Dauterive style father. They are secondary characters as opposed to the glory of the Gems. Steven only becomes a primary hero when he starts engaging in Gem style behavior. After all, his mother was a Gem alien that was important to the predominantly female Gem aliens that control his life.

Throughout the five seasons of the show, Steven learns more and more about his alien heritage. This eventually leads to an ideology battle, as the typical tropes that plague a saga play out. There’s nothing bad about that, but it leads my mind to wander. I was at the start of Season 2 when I spotted that one of the Gems was Deedee from the Mickey Mouse Club. That’s when my brain kept returning to my initial point.

What about Steven Universe is appealing to kids? I get why adults dig it, but is there anything here for kids? I can see NB and related teens digging the show, but for a major program on Cartoon Network, I’m failing to see how Steven Universe might track for them. As cosmic odysseys expand throughout the later seasons, it smacks me in the face.

Steven Universe offers nothing new. But, it appeals as something new to an audience that needs something special. That being said, when you’re presenting such a story on a wider network, don’t be surprised when people tune out. I know several little kids that dig Adventure Time, but tuned right the hell out when it got lore heavy. So, I took time to ask my kid reader panel some questions about what they do and don’t enjoy about shows like this.

Seriously, it’s why it can take me forever to get things done. But, when I get a hunch…I follow it through.

The AndersonVision rant about Steven Universe

So many kids shows in the last 10 years can’t wait to grow up and tackle adult topics. It’s not a bad thing, but it carries baggage with the decision. Steven Universe creator Rebecca Sugar was an alum of Adventure Time and a lot of the Cartoon Network New Guard can trace similar roots to this setup. If it worked once, why not keep trying it again?

Infinity Train, We Bare Bears, Steven Universe and Over the Garden Wall all bares these marks to some extent. You can tell a really great animated story for teens and adults, but what about kids. The easy thought is that kids will watch whatever the older ones enjoy, but is that necessarily true?

Steven Universe is an enjoyable show, I just felt during this complete series binge that it kept beating around the bush and never talking about what it wanted to talk about. If you want to talk about teens going through the formation of their sexual identities, then so be it. Just quit dancing around it for so long.

In a way, Steven Universe feels like two years of setup, two years of saying what they wanted and then a final year putting a bow on it. Hell, they needed that bonus series to wrap up the points that Season 5 couldn’t quit pin down. It’s messy, but it’s also TV thinking for a kid show.

Warner Brothers / Cartoon Network brings the complete series of Steven Universe to DVD with a fantastic package. You get Steven Universe Future, the movie and all the bonus features from the past releases. Plus, you get sing-along modes, mini-sodes and the original pilot. If that wasn’t enough, you also get the music videos.

The A/V Quality is typical for recent standard definition. Still, I believe that 1080p releases should be the default and not the exception for releases. Shame on WB for skimping on a show that is driven by its visuals. If you’re a fan, check it out.

Steven Universe is one of those shows that I have a ton of unemployed 30 years old telling to me watch. What's weird about a cartoon series being recommended by adults rather than small children is lost on so much of the modern world. It's...
0
Average User Rating
0 votes
Have Your Say!
Your Rating: 0
Submit
Write A Review
Genre:Animation
Rating:TV-PG
Director:Rebecca Sugar
Studio:Cartoon Network, Warner Brothers 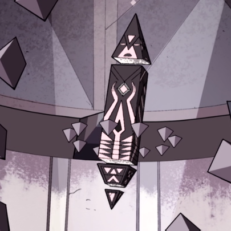 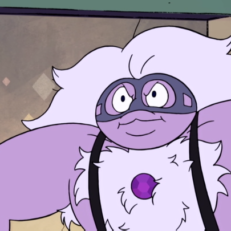 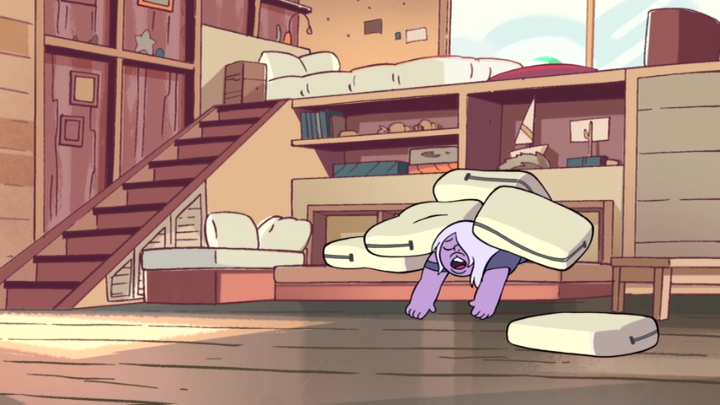 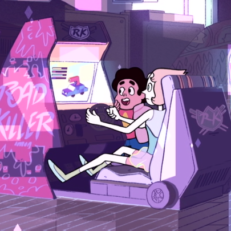 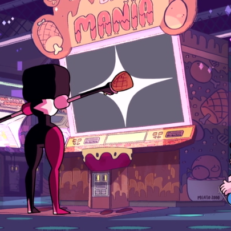 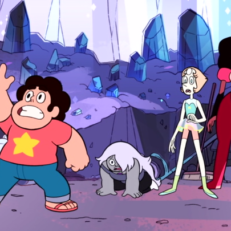 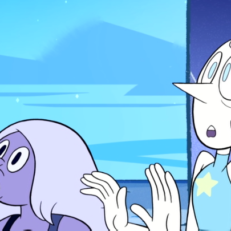 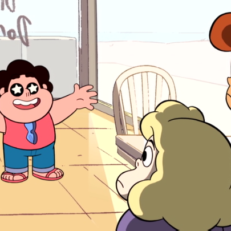