Come on down to South Park with all-new, uncensored episodes from the show’s incredible 21st season!  Join Cartman, Kenny, Stan, and Kyle as they take on the opioid epidemic, experiment with water bears, dig into the underbelly of social media, and go to war with Canada.

Own all 10 episodes from the latest season on either Blu-ray or DVD.  Each two-disc set also includes mini-commentaries by “South Park” creators Trey Parker and Matt Stone.  The Blu-ray set additionally includes #SocialCommentary on all episodes.

Available on-air, online and on-the-go via the Comedy Central App, Comedy Central (www.cc.com) is the #1 brand in comedy and is owned by, and is a registered trademark of, Comedy Partners, a wholly-owned unit of Viacom Inc. For up-to-the-minute and archival press information and photographs visit Comedy Central’s press Web site at press.cc.com and follow us on Twitter @ComedyCentralPR for the latest in breaking news updates, behind-the-scenes information and photos. 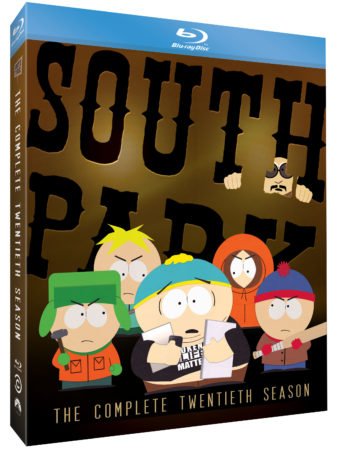