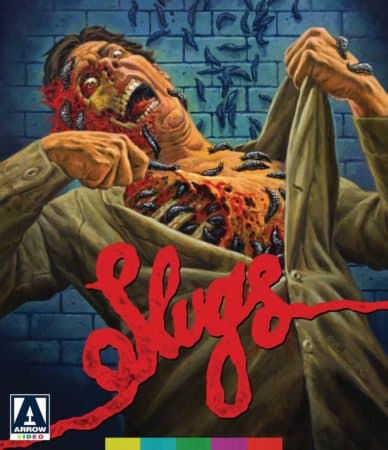 “Slugs” was shot like they were making it in secret. While I’ve only seen the film on VHS, the jump to HD revealed some things to me. Everything is nearly in a low angle and matched by a piecemeal seriousness that doesn’t fit a film like this. Based on the novel by Shaun Hutson, the film plays like New World’s answer to “Jaws”. Behind the scenes, you can almost hear Joe Dante and James Cameron coughing “PIRANHA”. As we watch a brave health inspector named Grady (Spielberg is already suing) try to save his town, something became apparent.

The audio is just a hint out of sync. Well, that’s because the movie was shot in Italy and then redubbed for the cheap theater circuit in North America. Wait! Wasn’t the guy who directed this, the same Spanish dude that helmed Pieces? Yep! So, this is truly a B-movie international affair. That it is, voice in my head!

For a movie that runs 89 minutes, it spends half of that time functioning as low-budget Jaws. If similar themed animal attack movies are your jam, then you’ll want in on this. If not, then go read a book. Seriously, read. I want to say copies of something other than “Hamilton” or “Girl on the Train” when I go vote next week. 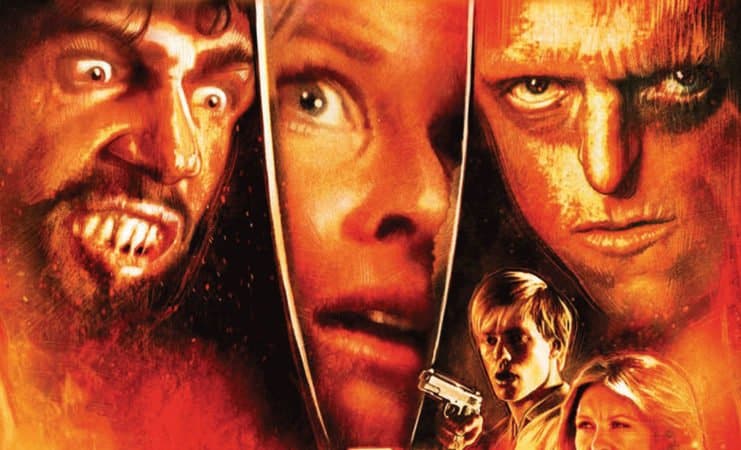