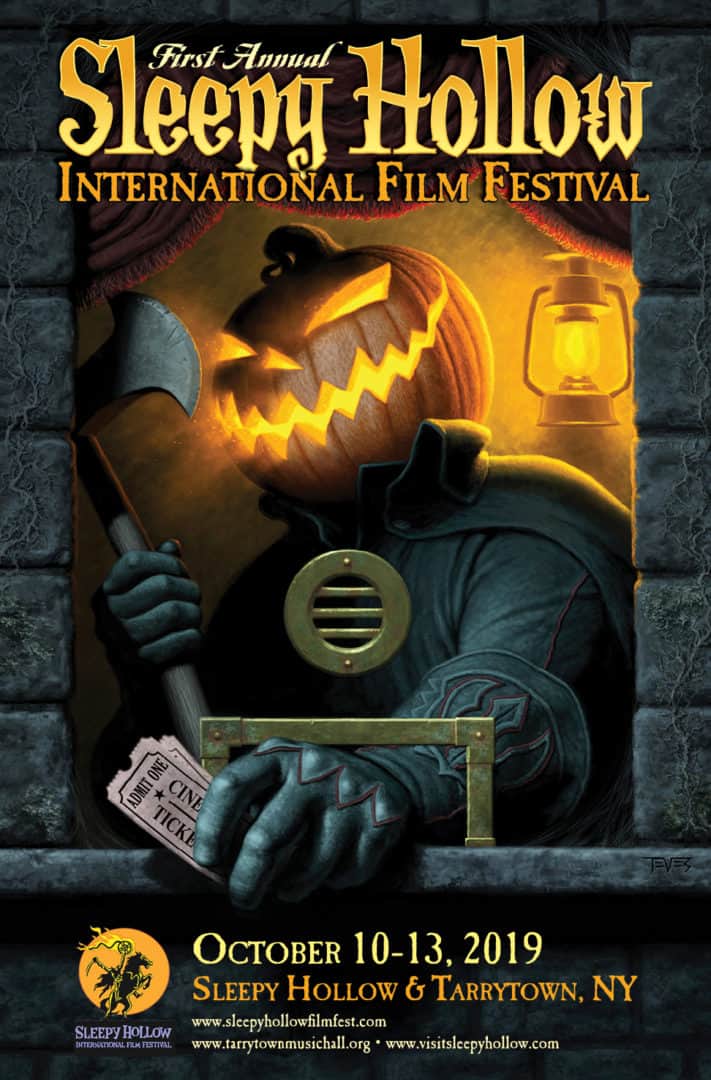 Tickets for Tarrytown Music Hall SHIFF events can be purchased through www.TarrytownMusicHall.org and www.sleepyhollowfilmfest.com or at the Music Hall box office

Tickets for Warner Library SHIFF events can be purchased at the venue door or at www.sleepyhollowfilmfest.com (some of the Warner Library fest events are free of charge, so consult the full program for details!)

In-person conversation with renowned producer Edward R. Pressman (Badlands, American Psycho, The Crow, Wall Street). One of the most prolific producers in filmdom discusses his impactful and influential career.

The U.S. East Coast Premiere of the wickedly fun creature feature The Wretched closes out the fest on 10/13.

And much, much more!

It’s an auspicious year for the debut of the Sleepy Hollow International Film Festival, as the region marks the 200th Anniversary of the publication of Washington Irving’s classic tale, “The Legend of Sleepy Hollow,” with an 18-month bicentennial celebration. The SHIFF festival is a cornerstone event during the bicentennial, with screenings at The Tarrytown Music Hall and nearby Warner Library offering everything from family-friendly fare to cult classics beloved by enthusiasts of the supernatural genre.  SHIFF celebrates the legacy of artistic inspiration and achievement that Washington Irving first established in the region, and that has been extended by generations of writers, artists, and filmmakers.

In a year of remarkable anniversaries coinciding, 2019 marks the 70th anniversary of the beloved 1949 Walt Disney animated classic The Legend of Sleepy Hollow, which will be screened as part of an exclusive presentation of Disney’s Hollow-een Treat.

2019 is also the 20th anniversary of Tim Burton’s acclaimed 1999 film, Sleepy Hollow, which will be featured at SHIFF. A special celebration of Brian De Palma’s cult classic feature film Phantom of the Paradise with stars Paul Williams and Gerrit Graham and producer Edward R. Pressman in person, adds to the roster, along a salute to the legendary TV and film franchise Dark Shadows (two feature films of which were shot in Sleepy Hollow and at Lyndhurst, in Tarrytown).

SHIFF strives to bring important works from current and future filmmakers to the fore with exciting new films in competition and premiere screenings, such as the U.S. premiere of the acclaimed documentary The Phantom of Winnipeg and a screening of Making Apes. The excitement continues with Friday the 13th composer Harry Manfredini celebrating the 35th anniversary of Friday the 13th: The Final Chapter, and a special 25th anniversary showing of cult classic The Crow. The classic The Bride of Frankenstein will also grace the fest with a screening and guest speakers. More panels and screenings will be programmed at Warner Library, including a free showing of Return to Oz with special guest, composer David Shire.