“Six” returns for a second season of History Channel not sticking to their point. After all, what is history if not grounds for scripted fiction? Walt Goggins and Olivia Munn continue to do amazing work here. But, it’s amazing work in what amounts to live action cutscenes from a later era Call of Duty game. Also, what is up with Sophia Ruxin suddenly being a badass? I like it, but the last half of the season attempted way too many side plots.

What’s the big takeaway? If you were only watching the show for Goggins, you’re going to be disappointed. But, if you like topical military themed shows, this will get you jazzed. Fundamentally, I still have a logic issue with the series being on History Channel. The logical jumps made to make this material and related modern History Channel fare work continues to bother me. Oh well, check it out once.

After an explosive Season One finale, “SIX” follows our team of SEALs as they deal with the aftermath of Rip’s shooting while hunting down the terror group responsible for the attack. The SEALs join forces with a cunning and tenacious CIA agent, Gina Cline, who has Michael Nasry under fierce interrogation. Together, the crew scours Eastern Europe, infiltrating hostile territory across Russian borders while tracking a mysterious figure known as “The Prince.” Back in Virginia Beach, Rip’s killer, the radicalized Marissa Wyatt, hatches a new plan of attack to strike the homeland once again. 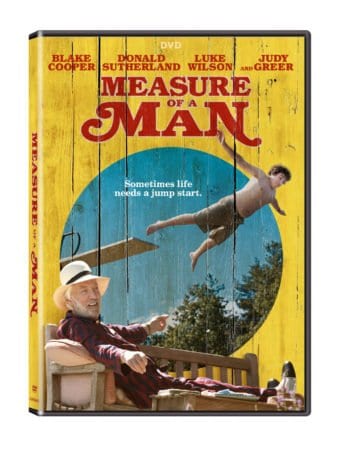 MEASURE OF A MAN