Troy had a grand plan for all of this and what you’re seeing is how destroyed the schedule became after we had to shuffle how this list got promoted. If all things holds up, most of what we planned on for this list will return at the end of the year with said promo partner. After all, they wouldn’t cancel at the last minute again…or would they? What does any of this have to do with The Sisters Brothers?

Well, it’s the primal stance the film takes. No matter what you plan or want, nature has a way of putting you in your place. What’s really funny is how Sisters Brothers plays with an idea from A Million Ways to Die in the West. Specifically, the idea that everything in the frontier exists to kill you. While this might be one of the most realistic Westerns ever, it’s so dark that Sisters Brothers won’t be for everyone.

But, it dove deep into my brain. Sisters Brothers will have a larger piece coming from me this Spring. In order to get this list finished, I’m delaying a lot of coverage to make things work.

Have you ever wondered to yourself, what would it be live if Paul Schrader had written and directed a companion film to William Lustig’s Maniac? That’s a massive oversimplification of Lynne Ramsey’s latest actually is, but it’s the best way I can convey the premise and tone of the piece without spoiling all of the brilliant details.

A friend of mine has described this movie as being so beautiful that it actually hurts. He’s right. There might be better studies out there of one’s attempt to fight through a lifetime of trauma, grief, and pain through the prism of genre cinema, but I sure as hell can’t think of any off the top of my head. Simply put, I found You Were Never Really Here to be utterly transcendent.

Horror doesn’t deserve a film, let alone a sequel, this thematically rich and commanding. Reprising her role as Laurie Strode, Jamie Lee Curtis has never shown this degree of ferocity or vulnerability. The Strode of 2018 is an alcoholic recluse whose encounter with Michael Myers ruined her life. She struggles to make amends with her family, ostracized for her obsession with finishing off Michael, who has grown more brutal with age.

As such, the only way out is to finish the fight. Accompanied by John Carpenter’s blessing and a pulsating new score from the director, his son Cody, and Daniel A. Davies, David Gordon Green, directing a script he co-wrote with Danny McBride, humbly and ignores every sequel that followed John Carpenter’s pioneering 1978 slasher.

In doing so, they create a riveting film with scares, laughs, and a degree of humanity that Carpenter never tapped into. To say Halloween is a slasher film is unfair. Sure, the body count is six times higher than the original film, but this is more prominently a revenge thriller that echoes the dramatic brutality of films like Prisoners and No Country for Old Men. Horror has always been contingent to sociopolitical realities. By telling a story of a victim wanting nothing more than to punish the boogeyman of her trauma, Halloween is a definitive allegory that represents a powerful moment in the genre.

4) Jamie’s Pick – The Death of Stalin

Jamie loves Stalin. He is also fascinated with comedies about Death. His views on Veep are mixed.

Tags: Death of Stalin, Halloween, The Sisters Brothers, You Were Never Really Here 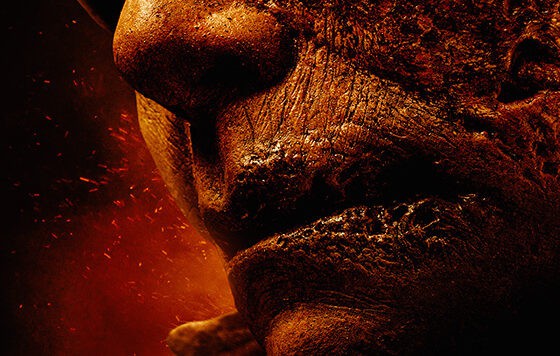