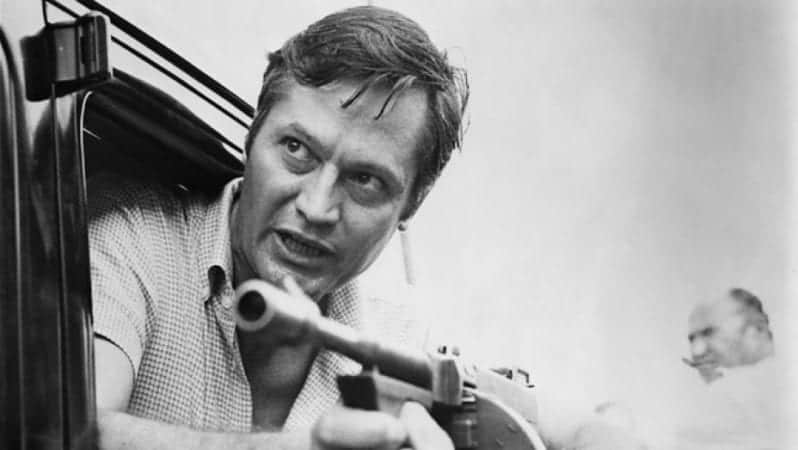 Shout! Studios, the multi-platform filmed entertainment distribution and production arm of Shout! Factory, Ace Film HK Company, and Friendship Films have teamed up to produce CORMANS’ HOLLYWOOD, a new multi-part docu-series about the life and works of Roger and Julie Corman. Created, written, and co-produced by Ashley Sidaway and Robert Sidaway, the series (13 x 50 mins.) explores the illustrious career odyssey of the Cormans, uncovers inside backstories on many popular Corman movies, and provides a candid portrait of a trailblazing indie filmmaking duo, Roger and Julie Corman. The announcement was made today by Shout’s founders and CEOs Bob Emmer and Garson Foos, Henry Luk and Adam Yuchen Ren, CEO and COO of Ace Film HK Company, and film producers Ashley Sidaway and Robert Sidaway of Friendship Films.
CORMANS’ HOLLYWOOD was filmed over a period of 4 months in Los Angeles. Drawing on a vast filmography and footage from over 130 films spanning seven decades, this series provides viewers unprecedented access inside the Cormans’ cinematic universe and features extensive in-depth interviews. Legendary filmmaker Roger Corman and producer Julie Corman share insightful stories and defining moments from their movies, recall talent and young filmmakers they mentored, as well as provide behind-the-scenes perspectives for the films they produced on the smallest budget that hit box-office gold.
The saga of Roger Corman, recipient of a 2009 Honorary Academy Award® “for his rich engendering of films and filmmakers,” ranks as one of the most amazing motion picture success stories. Having produced more than 350 films and directed 60 others, his influence on American film goes far beyond his own energetic, creative low-budget movies. He is arguably one of Hollywood’s most gifted and masterful filmmakers, having launched the career of many others.
Noted for their keen ability to spot young talent, the Cormans’ lasting legacy will undoubtedly be the legion of producers, directors, writers, and actors they have fostered. Among those who worked with Roger Corman include Jack Nicholson, Francis Ford Coppola, Robert De Niro, Martin Scorsese, James Cameron, Ron Howard, Peter Fonda, Jonathan Demme, Gale Anne Hurd, Diane Ladd, Tommy Lee Jones, Harry Dean Stanton, Sandra Bullock, Bruce Dern, Talia Shire, Charles Bronson, Joe Dante, Peter Bogdanovich and Sally Kirkland. Julie Corman has worked with Jonathan Demme, John Sayles, Catherine Hardwicke, Robert King, Bill Pullman, Martin Sheen, Peter Billingsley, Jon Lovitz, and Mario Van Peebles, among others. She was Chair of the Graduate Film Department at NYU.
“It has been a rewarding and emotional experience to share some of the great moments and memories from so many of our films over seven decades. We have been privileged to work as independents in Hollywood that in a way has allowed us to bring our stories to the screen for audiences around the world. We have worked with some great actors, directors and writers, and this has been a great opportunity to revisit the creation and production of these movies as producers, director and distributor. Our hope is that audiences get as much pleasure and fun from this series as we had making these films,” stated Roger and Julie Corman.
“Roger is undeniably one of the most prolific producers and directors in Hollywood. His movies entertained and stunned millions around the world. His and Julie’s ingenuity and independent spirit resonate far beyond the silver screen and today’s entertainment industry. It’s important that their insights and stories continue for generations to come,” stated Shout’s founders and CEOs Bob Emmer and Garson Foos.
Robert Sidaway of Friendship Films commented: “Having always been a serious fan of Corman films and admired Roger and Julie’s mix of commercial impulses with social themes, it’s been wonderful to spend so much time in their company and record their personal creative drive, humor, and passion that went into every one of their movies.”
“Ever since Ace and Shout jointly acquired the Cormans’ New Horizon Picture library, we’ve been looking for additional opportunities to co-develop the library. This project with Shout and the producer team of Robert and Ashley Sidaway is the first, and we look forward to many more,” stated Henry Luk, CEO of Ace.
CORMANS’ HOLLYWOOD is produced by Shout! Studios and Ace Film in association with Friendship Films.Shout! Studios will distribute this series in North America. Red Sea Media, Inc. is handling international sales, excluding China where Ace Film will handle distribution. In addition to the 13 episodes, CORMANS’ HOLLYWOOD is also available in other formats.
Tags: Ace Film HK, and Friendship Films announce production alliance for a new docu-series CORMANS' HOLLYWOOD, Cormans' Hollywood, Shout! Studios