Summary
Alfred Kralik (James Stewart) and Klara Novak (Margaret Sullavan) are employees at Matuschek and Company, a general store in Budapest. Klara and Alfred are constantly at odds with each other, butting heads and disagreeing on almost everything. Both are enamored of their respective pen pals, who serve as welcome distractions in their lives. Little do they know, they are each the other's pen pal and, despite outward differences, have unwittingly fallen in love through their letters.
8.6
Great
Video - 9
Audio - 8.8
Movie - 7.9
Special Features - 8.7

The Shop Around the Corner is based on a 1930 play about how much men and women hate working together. Through the magic of the silver screen, it was turned into a romantic comedy featuring James Stewart and Margaret Sullavan. You’ve got to love Golden Age Hollywood. Nothing can remain sad unless it’s about romance or trying to dictate a flawed social code to the masses. Which is funny when you consider this movie is tied to a suicidal old man and a forced workplace relationship.

Ernst Lubitsch isn’t the easiest director for younger film fans to study and adore. Having started in the German cinema during the Silent Era, Lubitsch transition rather easily to early Hollywood. A lot of this was due to being picked for Mary Pickford’s bigger budget movies. It was easy to hide behind star power when most American film business hinged on doing business with ze Germans.

While he was a capable filmmaker that did well at the Box Office, it was a hard sell to turn a German filmmaker into an artistic celebrity in the early 20s. When the sound Revolution hit, Lubitsch was already worked part time at USC. Seeing the writing on the wall, he aimed to tie witty dialogue and elegant design into the cinema. His next 3 films would work together to help cement the success of Sound movies after the debuts of The Jazz Singer and Steamboat Willie.

While the Hayes Code would pester him for the rest of his life, Lubitsch would studio hop to find the right mix of talent to keep bridging new pioneering successes. Lubitsch disciples such as Billy Wilder were starting to escape Europe in droves for safety in America. So, Lubitsch would end up at MGM and Paramount with a wide variety of talent to make the movies of his dreams. When paired with Garbo and Stewart, he would have his greatest successes. Sadly, Lubitsch would be dead by 1947.

That early death coupled with a lot of his film being moved from distribution by the Hayes Code created an academic bubble surrounding Lubitsch’s work. Mainstream viewers during the rise of TV and mass cinema deployment didn’t get to explore the director’s work. It was only to the work of academics and other outlets that Lubitsch started to gain a new life during the rise of home video. But, why did a director that had William Wyler and Billy Wilder offering open praise during his funeral…end up going from Hollywood darling to Academic Saint?

Jimmy Stewart in his pre World War II phase is hard to pin down. He was still cementing his status as a pillar of Hollywood. Screwball comedies, melodramatic book adaptations and mainstream fare dictated most of the work of this period. Jimmy Stewart never really pushed hard on what was expected in that period. In fact, when modern fans think about Stewart…they start picturing his roles from 1946 to An American Tail 2: Fievel Gets TB.

In that way, The Shop Around The Corner becomes that much stranger of a film. What marked Stewart’s slow rise to star power also marked a master director working under the thumb of the new Hollywood machine. What does it mean to be a master of directing Innuendo when your audience has been trained to ignore it?

So how does this all relate back to Lubitsch? Well, Golden Age Hollywood was transformed by World War II almost as much as America was as a nation. Looking back on all of this 75 – 80 years out feels alien, but I guess that explains why some readers are still complaining about Mank. The status of the film author / auteur was prevalent in Europe and creeped into various aspects of American entertainment. When financial strains and Hitler started causing most of the European talent to flee to America, the same underpinnings arrived with them.

But, America is the home to Show Business and the Hollywood mythos is just the bait. Actors firmly became entrenched in that model during World War II because it was the first time they were made into heroes. Don’t believe me? Look at the following actors Pre 1942 and immediately after their service in the War: James Stewart, Clark Gable, Gene Autry, Henry Fonda, Jackie Coogan and Mickey Rooney.

After seeing years of bloody warfare and the world changed, it was hard for the average person to buy into the superiority of the artistic maestro. These men and women had fought around the world to save the real world. Who cared if Lubitsch could make a dick joke that would fly by Hayes Code flunkies? In film, the image ultimately matters more than the clever.

You’ve Got Mail was loosely based on the play that served as the source material for The Shop Around The Corner. But, that was where the comparisons ended. What was funny about the 1998 tweaking of the similar story is how it remains so brutally inconsequential even in the age where the Auteur is dead.

That was quite the cognitive jump, but let’s examine it. Knowing what we know about how World War II ended America’s brief love affair with the auteur Part I, what happened in the time since? Well, There was the brief return to auteurism (1967-1980), but Heaven’s Gate shot that in the face. So, in the course of 58 years, The Shop Around The Corner became You’ve Got Mail.

Maybe I jumped the gun, but understanding film in 1940 and in 2020 is a difficult endeavor. That’s right, kids. We’re breaking out Roland Barthes. The nature of how an audiences consumes something moves beyond a centralized figure. So, the idea of an auteur or author as a final line of authority is flawed. Especially as time passes an access to an art form becomes more democratic.

Don’t believe, me? Well, let’s take apart The Shop Around The Corner as a bunch of tech-laden 21st Century trying to frame the work of a man who has been dead for nearly 75 years. The film hangs on two actions. The shop owner trying to make sense of his wife seemingly cheating on him. Then, there’s Jimmy Stewart hating how easily Margaret Sullavan gets a job at the shop. How are both reconciled in 99 minutes?

A modern film would take nearly 2 and a half hours to add in sub plots, flesh out characters but force them to stick to tried and true archetypes. The Shop Around The Corner beats around the bush by having over an hour of world building. This ultimately leads to a speed run of trying to show that Mr. Matuschek doesn’t have to kill himself. Also, Stewart and Sullavan were secretly in love the whole time.

The work that leads up to that final reel “about face” leaves my head spinning. Hell, it makes me question that Pauline Kael pull quote on the back cover. While I’m not a Lubitsch super fan, I can easily think of four other films that he made that were better constructed. Hell, calling out the pacing of The Shop Around The Corner seems to be a misstep.

The Shop Around The Corner is a frustrating movie in that sense. Many film scholars have talked about Lubitsch’s work takes place in Lubitsch Land. It’s a fantasy realm that functions like your grandparents’ version of the View Askew universe. While the 90s held stoners and magic eye obsessed loners, Lubitsch’s work in the 30s and 40s was an adult fantasy land escape from the horrors of the Depression and World War II.

If you can accept the fantasy of WASPy people finding love in early 20th century Hungary, then you can accept that their world revolves around their mutual admiration. So, what’s up with the early hate and Frank Morgan’s suicidal leanings? Well, that’s just it…isn’t it? It’s as fake as the sets.

Lubitsch’s The Shop Around The Corner is no different than any other period fantasy when you boil it down. As more and more time goes by, what would have been a fun look at potential dating among adults becomes a historical artifact. You can buy the rapport that Stewart and Sullavan share as actors, but do they exactly work as characters? I don’t believe so, even with the trappings of Lubitsch Land.

What makes a romantic comedy work in any era is that you can see why these people would be in love. Everything from the Dear Friend letters to their working relationship feels contrived. While I know the film had multiple screenwriters, looking at The Shop Around The Corner after my recent viewing makes the tone shifts that much more apparent.

Fans can purchase THE SHOP AROUND THE CORNER at www.wbshop.com/warnerarchive or online retailers where DVDs and Blu-rays® are sold The Shop Around The Corner (1940) [Warner Archive Blu-ray review]

The Shop Around the Corner is based on a 1930 play about how much men and women hate working together. Through the magic of the silver screen, it was turned into a romantic comedy featuring James Stewart and Margaret Sullavan. You've got t...
0
Average User Rating
0 votes
Have Your Say!
Your Rating: 0
Submit
Write A Review
Genre:Comedy, Romantic Comedy
Rating:Not Rated
Director:Ernst Lubitsch
Studio:MGM 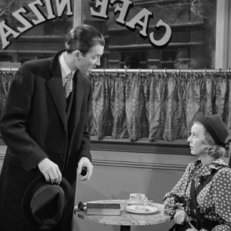 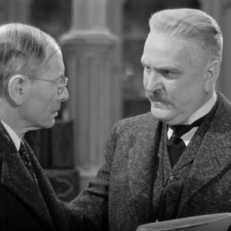 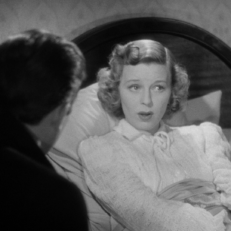 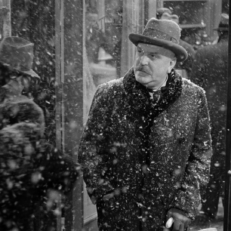 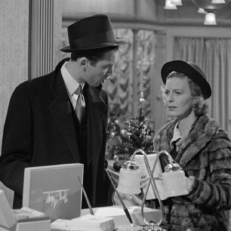 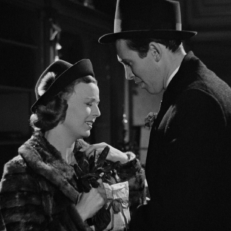 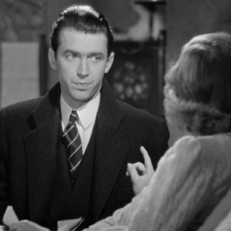 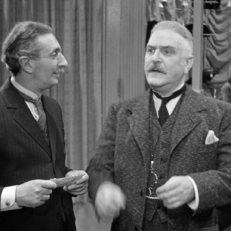