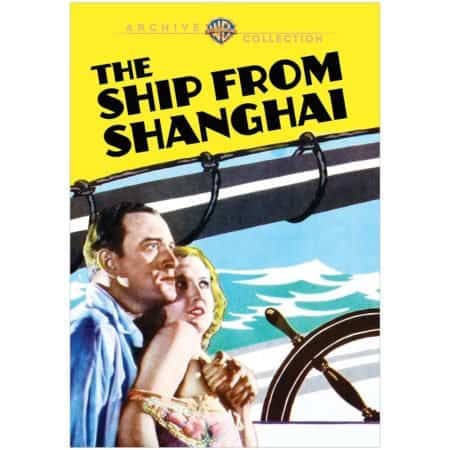 THE SHIP FROM SHANGHAI REVIEWED

“The Ship from Shanghai” is ambitious. It was one of MGM’s earliest talkies, but it also served as a class warfare movie set during the Great Depression. Did it wear its anger on its sleeve? Not so much, as it hung so much of the anger on the Steward. The film begins as rich American set sail to the US from the sunny shores of Shanghai. While on the ship, their rich bullshit starts to irritate the Steward and he wants them to pay for being disconnected pieces of garbage.

Being as the film was an early talkie, there is a ton of popping on the audio track. If that wasn’t enough, the microphones were anchored to key areas and actors were forced to huddle at those places on the set. When the actual class revolt happens among the sailors, it doesn’t feel like we’re getting a reasonable resolution. Does this movie hold some interesting historical weight? Sure, but it’s not going to really floor anyone that doesn’t have an early American cinema boner.

Somehow, I think that this film would make more sense in a larger boxset. Oh well, better luck next time.

Tags: The Ship from Shanghai