Terror runs deep on September 2, 2011 when SHARK NIGHT 3D hits theaters nationwide!
Bikinis? Check. Jet skis? Check. Beautiful lake house in the middle of nowhere? Check. Blood-thirsty sharks in the lake? Double Check! From the developers of the popular “Hungry Shark” games and the makers of the mega-hit film Limitless and the upcoming Immortals, Future Games of London and Relativity Media bring you something extra special: Hungry Shark Night!
The game is an adaptation of this Fall’s sexy and terrifying release of Shark Night 3D. A sexy summer weekend turns into a blood-soaked nightmare for a group of college students trapped on an island surrounded by voracious underwater predators in Shark Night 3D, a terrifying thrill ride featuring a red-hot young cast including Sara Paxton (Superhero Movie, Last House on the Left), Dustin Milligan (“90210,”Slither), Chris Carmack (“The O.C.”), Joel David Moore (Avatar) and Katharine McPhee (The House Bunny). Shark Night 3D is directed by David R. Ellis (The Final Destination) and written by Will Hayes and Jesse Studenberg.
In this new exhilarating game, player can choose to be one of three sharks: Tiger Shark, Hammerhead Shark and of course, always the crowd’s favorite: The Great White.
Swim through the darkness, navigate your way to munch on packs of fish, unsuspecting swimmers and discover hidden treasures in the mist of crimson bath.
Game Features:
+ In-App purchases for extra blood, health boost and many more
+ Hidden Treasures
+ Hi-Score Leaderboard
+ HD Graphics
Get the app now at: http://itunes.apple.com/app/id454429226?mt=8
ABOUT SHARK NIGHT 3D

A sexy summer weekend turns into a blood-soaked nightmare for a group of college students trapped on an island surrounded by voracious underwater predators in Shark Night 3D, a terrifying thrill ride from director David Ellis (The Final Destination, Snakes On a Plane), featuring a red-hot young cast including Sara Paxton (Superhero Movie, Last House on the Left), Dustin Milligan (“90210,” Slither), Chris Carmack (“The O.C.”), Joel David Moore (Avatar), Chris Zylka (The Amazing Spider-Man) and Katharine McPhee (The House Bunny).
Arriving by boat at her family’s Louisiana lake island cabin, Sara (Sara Paxton) and her friends quickly strip down to their swimsuits for a weekend of fun in the sun. But when star football player Malik (Sinqua Walls) stumbles from the salt-water lake with his arm torn off, the party mood quickly evaporates. Assuming the injury was caused by a freak wake-boarding accident, the group realizes they have to get Malik to a hospital on the other side of the lake, and fast.
But as they set out in a tiny speedboat, the college friends discover the lake has been stocked with hundreds of massive, flesh-eating sharks! As they face one grisly death after another, Sara and the others struggle desperately to fend off the sharks, get help and stay alive long enough to reach the safety of dry land.

Think you have what it takes to face off against the deadliest predator alive? Relativity invites you to enter for your chance to win a trip to dive with the Great Whites of the Farallon Islands in waters off San Francisco. The promotion, built by PromoJam <http://site.promojam.com/> , enters fans into the contest In exchange for a post on either Facebook or Twitter – allowing fans to share the promotion virally to their friends on the social networks. Enter now at: http://sharknight.promojam.com/shark-night-3d 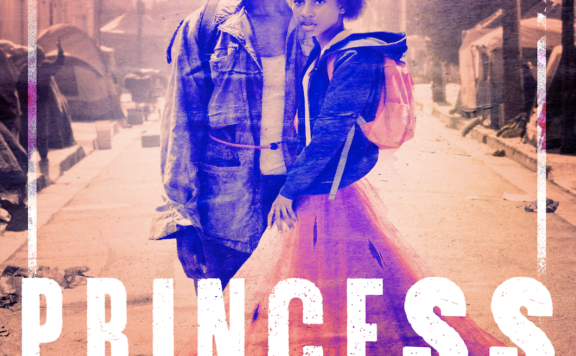 Watch the trailer for PRINCESS OF THE ROW – Executive Produced By Morgan Freeman
October 7, 2020
TWO NEW CLIPS FROM “THE WOMAN” – OPENING THIS FRIDAY!
October 13, 2011