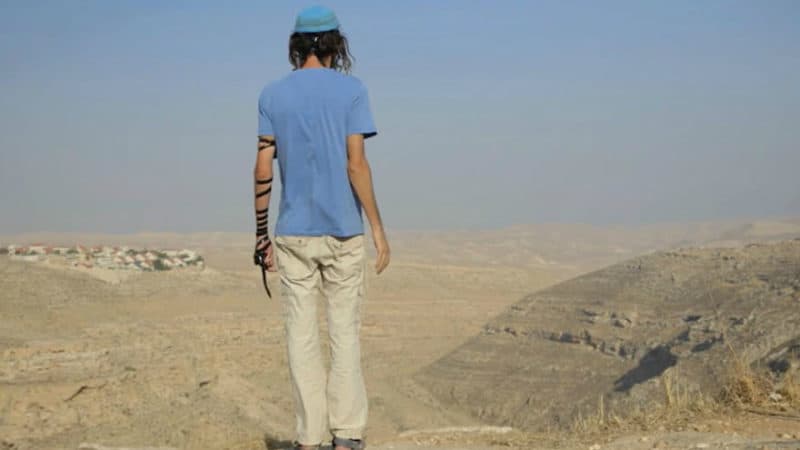 “The Settlers” is an insanely fascinating documentary. Readers will feel that I’ve been saying that a lot, but this has been an incredible year for documentaries. What this film does is give Shimon Dotan an almost populist approach to the issue of Israeli vs Palestinian settlement attitudes. What I enjoyed is that it finally showed Israeli invasive settlement for what it is. Zionist propaganda hidden by religious fervor to enforce a majority’s will on the minority population.

But, the catch is that the minority is growing and we get to watch interviews with the dwindling majority. Many admit openly racist attitudes, while some are just parents trying to keep their traditions alive. No one is totally right, but those with evil intent will make themselves known through their dialogue. While this is one of the first comprehensive documentaries on the subject, I want more! When the documentary ends, it hits a point that almost pushes for further dialogue.

I’m friends with several traditional Jewish citizens that make trips to Israel roughly every other year. So, I invited them to AV Central to watch the documentary. While most were reserved in their response, many were annoyed by “The Settlers”. The arguments were similar to what many find fault with the SJWs. If the documentary doesn’t tell you what you want to hear, it doesn’t mean it’s wrong. What it means is that a dialogue is started and you can approach with a degree of rationality.