It was a beautiful, sunny Sunday morning, and Father O’Mallard strolled along the dusty, wooded lane on his way to the old country church.  He looked out beyond the barbed-wire fence that lined the road until he spotted an old brown horse eating some grass beneath a shady tree.

“And what a lovely morning it is.  Why, it’s such a perfect morning for going to–“

“I am not going to church,” said Secular Horse.  “Every Sunday morning you stop by here on your way to church to try and persuade me to go with you.  But you are wasting your time, because I do not like that church stuff and that Bible stuff.”

“But church is fun for horses,” said Father O’Mallard.  “Why, there’s lots of horses in the Bible–“

“Well, err…”  Father O’Mallard was stumped.  He couldn’t for the life of him recall a single instance in the Bible in which a horse was referred to by name, like “Silver” or “Trigger.”  There were the Four Horsemen of the Apocalypse, of course, but he was afraid Secular Horse wouldn’t regard that as a very positive image for horses.

“There are hymns about horses, too,” he said, deftly changing the subject.  “And if you come to church with me, we’ll all sing one of them for you.”  He was telling a bit of a white lie about this, but since he had written a hymn with horses in it himself a month ago and inserted Xeroxed copies of it into all the hymnals in case Secular Horse ever actually came to church with him, it was technically correct.

“Sing one of them now,” said Secular Horse.

Father O’Mallard stopped singing and sighed.  He wasn’t very good at writing his own hymns.  “Come on, Secular Horse,” he pleaded.  “Come to church with me.  It will be very edifying for your soul, which is vitally important for the development and well-being of–“

A dull, droning voice from behind interrupted him.  “Don’t listen to him, Secular Horse,” said Janene Garafalo.  “He’s just a con man trying to sell you a load of crap.”

“No, you’re bad,” Janene Garafalo droned, straightening her glasses.  “Your oppressive, patriarchal religion is bad.  Your hollow, ridiculous sham of a medieval ritual that you’re trying to subject this poor, innocent horse to is–“

Father O’Mallard whipped out his Thompson sub-machine gun and started blasting.  Janene Garafalo’s wire-taut reflexes went into overdrive as she ducked and shoulder-rolled into a ditch, simultaneously bringing her bazooka to bear.  Father O’Mallard dashed behind a tree just as the shell hit and blew the tree in half in a blazing shower of shrapnel and wood splinters.  He pulled the pin from a grenade with his teeth and let it fly.  Janene Garafalo sprang to her feet and dived into an empty feed trough a split-second before the deafening explosion left a smoking crater right where she’d been crouched.

This gave Father O’Mallard precious seconds with which to set up his M-47 DRAGON Guided Missile Launcher.  The first deadly projectile went screaming out of the tube as Janene Garafalo scrambled for cover behind a tractor shed, priming her shoulder-fired, M-72 Light Anti-tank Weapon (LAW) while on the run.  As the ear-splitting missile blast took out the feed trough and everything else within thirty yards, she returned fire with multiple bursts until the vicinity of Father O’Mallard’s previous ground cover had been transformed into a raging inferno.

Frantically relaying Janene Garafalo’s coordinates into his field radio, Father O’Mallard called in an air strike and then lay down a blanket of heavy machine-gun fire to keep her pinned down until the jets could arrive.  Meanwhile, Janene Garafalo’s desperate call for reinforcements had proven fruitful when an armored personnel carrier arrived on the scene.  As it screeched to a halt, the heavy side-door slid open and Martin Sheen came screaming out with a machine gun in each hand and fifty pounds of plastic explosives wired to his torso.  At the wheel was a wryly smirking Bill Maher.  “I’ll keep the motor running for you guys,” he said, smugly chuckling at his own witticism.  A split-second later the entire vehicle was blown to bits.

“YAH-ha-ha!” Father O’Mallard cried, jumping up and down.  His joy was short-lived, however, when he realized that Janene Garafalo and Martin Sheen had infiltrated his perimeter.  With a heavy heart, he activated his field radio and gave the order for the incoming jets to drop their deadly payload on his own position.  “It’s a lovely war,” he said bitterly, nestling into his hastily-dug foxhole and waiting for the fiery death from above that was mere seconds away.

“Oh, all right, I’ll go to church with you,” said Secular Horse.

“Aww…” said a disappointed Janene Garafalo, who had Father O’Mallard in her crosshairs and was about to blow his head off.

“Praise the Lord!” Father O’Mallard rejoiced.  Then he remembered to call off the air strike.

“Well, I’m coming, too,” said Janene Garafalo.  “Someone should be there to counsel Secular Horse and deprogram him when it’s over.”

It was a lovely church service.  Father O’Mallard gave a wonderful sermon about proactive non-violence, and the congregation performed a stirring rendition of “De Horses Lubs To Go To Church” which had even Janene Garafalo dabbing her eyes with a hanky.  When it was all over, they stood outside the church as everyone filed out.  Martin Sheen had already organized a protest with dozens of naked people sprawled out on the ground surrounding the church, their bodies spelling out the words “SAV TEH HORES.”

“Well, Secular Horse,” said Father O’Mallard, “now that you see how wonderful church is, I guess you’ll be attending it with me every Sunday from now on.”

In answer to this, Secular Horse turned around and took a big, steaming dump right on top of Father O’Mallard’s shoes.  Everyone threw their heads back and laughed heartily, until there was a freeze-frame and the end credits rolled. 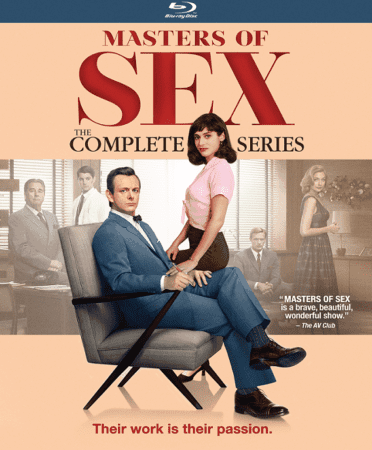