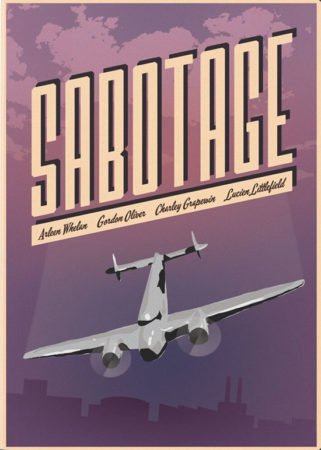 “Sabotage” was a film about the times. Specifically, America’s fear that undesirables were sabotaging the government that was prepping to fight an ill-defined movie. I had to check the back of the box to make sure the movie was from 1939. Over the next 67 minutes, a community will have to decide whether to prove the innocent of a young man or damn him for eternity. Thankfully, his military dad is there to bail the young guy out.

Trying to reconcile the cinema of the late 1930s is getting harder and harder. While there are similarities between that era and the modern day, something is missing. Specifically the fear of heavy issues hitting a community without the Internet to provide an outside voice to investigate claims. Fear in a void is the worst kind of fear. The lack of any boundaries to back up claims creates a climate of hysteria.

A local community tries to figure out the innocence of a saboteur.