MTV is back to take over and the world should prepare for chaos as comedian returns as host of the most important evening in music and pop culture, the “2009 MTV Video Music Awards.” The evening will feature unprecedented performances by today’s most popular artists, staged all over Manhattan, including Radio City Music Hall, and will feature appearances by the biggest names in music, television and film. MTV’s 26th annual Video Music Awards will air live from , for the 14th time in its history, on at (Live ET/Tape delayed PT).

For her first VMA performance, country-pop superstar will sing a never before heard version of “You Belong With Me,” off her multi-platinum album Fearless. Marking their first ever TV performance in the U.S., British rockers Muse will debut their latest single “Uprising” from their upcoming album The Resistance. Stay tuned for more big announcements regarding performers, nominees, and presenters.

“We are thrilled that despite numerous death threats from fans, has accepted our offer to put his life on the line and host the VMAs again this year,” said , GM of MTV. “We’re also excited to be coming home to bring the most rambunctious night in music back to .”

“MTV began in and — like many of us — never left,” said Mayor Bloomberg. “New York City’s music scene is second to none. Every night of the week, our clubs, cabarets, and concert halls are overflowing with the latest and greatest sounds. The Video Music Awards showcase the best in music, production and art, I’m thrilled to welcome the show back to the for the 14th time. The VMAs will bring even more excitement to the City That Never Sleeps, and they’ll give us a chance to introduce thousands of visitors to great music and arts attractions across all five boroughs.”

“This year will be a controversy free festival of love and discrete orgasms,” said .

“I’m so excited that MTV and the VMAs have invited me to perform, because I think this year’s show will be unlike anything they’ve ever done! I love incorporating theatrics into my performances, and the VMAs have always allowed artists to run with that. MTV has been so good to me, and I could not be more excited about this year’s VMAs!” –

“We are honored to be invited to play at the VMAs which will be our first ever U.S. TV performance, and the first ever U.S. performance of our debut single from our new album ‘The Resistance’ coming out in the U.S., and of course another great excuse to hang out in for a few days!” – , Muse

shot to fame in the U.S. when he was featured as the rocker “Aldous Snow” in the Judd Apatow produced hit comedy, Forgetting Sarah Marshall. The film, which was written by and starred , grossed at the domestic box office. 2008 also saw Brand starring opposite in the Disney film Bedtime Stories. It was in September of 2008 though that Brand cemented his fame in the U.S. as the host of the “2008 MTV Video Music Awards.”

2009 saw the U.S. release of Brand’s writing debut, My Booky Wook. The award winning autobiography, already a huge success in the , went on to make the New York Times bestseller list, staying in the top ten for several weeks. Continuing his stand-up tour in the U.S., Brand’s third live DVD “Russell Brand in ” was released after originally airing on .

Upcoming projects for Brand include the highly anticipated comedy Get Him to the Greek. Being reunited with producer Judd Apatow and director , Brand will star opposite and reprise his role as “Aldous Snow”. Brand will also be seen in the role of “Trinculo” in Julie Taymore’s version of The Tempest. He is also attached to play the titular characters in the remakes of Drop Dead Fred and Arthur.

From performer announcements to rehearsal details, fans will be the first to know all the VMA news by following the “insideMTV” twitter account at www.twitter.com/insidemtv. Exclusive tweets, videos and photos will be posted all the way leading up to and throughout the big show.

Additionally, customers will be able to sign up for VMA text alerts by texting VIP to 8911 to receive VMA news and behind-the-scenes action delivered directly to their phones.

The “2009 MTV Video Music Awards” will be available to a potential viewing audience of more than 1.2 billion people via MTV’s global network of 68 channels reaching 577 million households around the world as well as through syndication. In addition, its convergent programming & content will reach the entire interactive community, via MTV’s more than 200 digital media properties around the world.

SPIKE.COM presents THE COMMERCIAL BOWL
January 29, 2009
MELANIE FIONA’S “TEACH HIM” NOW APPEARING ON THE “OBSESSED” SOUNDTRACK
May 21, 2009
THE STAGE IS SET FOR 16 NEW STARS TO SHOWCASE THEIR FANCY FOOTWORK AS “DANCING WITH THE STARS” RETURNS FOR ITS NINTH SEASON, MONDAY, SEPTEMBER 21 ON ABC
August 18, 2009 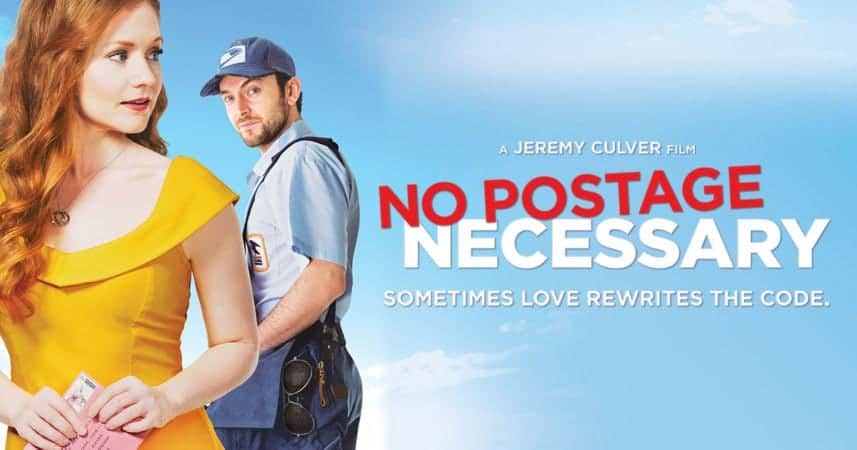 Enter to win a Blu-ray copy of No Postage Necessary!
September 30, 2018