Modern 4 hour mini-series adaptation of the classic novel by Ira Levin focusing on young Rosemary Woodhouse’s suspicions that her neighbors may belong to a Satanic cult who are hell bent on getting one thing: the baby she is carrying.

“Rosemary’s Baby” is a terrible Ira Levin novel that Roman Polanski saved from obscurity. I’m sure that some will argue for the role that Robert Evans and William Castle played and they would be correct. However, NBC chose to update and change a few minor details about the Levin novel for their new adaptation. The result is a lackluster melodrama that steals cues from Polanski, while approaching the situation with the cheeky panache of Levin’s novel. If you watched both parts air on network television, I feel bad for your dedication to middlin’ appointment TV.

Zoe Saldana doesn’t seem as weak as Rosemary and that’s not necessarily a good thing. I could see Saldana holding her own against Jason Isaacs, which eliminates the sense of urgency to escape the clutches of the Satanist cult. Mia Farrow got what made the character work, as this was supposed to be a secretive and powerful cult that was making society enclose on her. Such subtext and so much drama only goes so far if Zoe Saldana is playing a strong, capable modern woman. Also, what was up with the sense of pacing? Can modern audiences not wait to learn the deep dark secrets of the enemy? It seems like everything got spelled out in the first 40 minutes.

The Blu-Ray comes with featurettes and a Digital HD copy as the special features. The A/V Quality is pretty clean for a TV movie. The 1080p transfer feels a little muddy at times. Still, the DTS-HD 5.1 master audio track makes the most out of what is present. In the end, I’d recommend a purchase.

MARVEL’S GUARDIANS OF THE GALAXY offers up a Special Extended Look
July 10, 2014

THE BOOK OF LIFE gets an Incredible First Trailer!
June 2, 2014 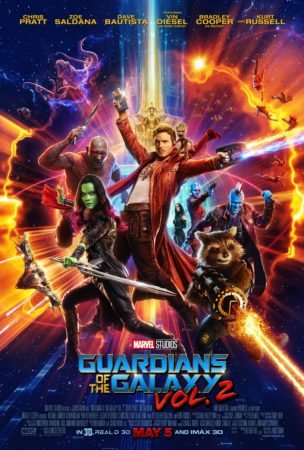 MARVEL AND IMAX GIVE FANS WORLDWIDE AN AMAZING FIRST LOOK AT MARVEL’S GUARDIANS OF THE GALAXY
June 27, 2014