Summary
Romantic misunderstandings abound when spouses suspect each other of being unfaithful, and a nightclub singer takes a cruise under a false identity.
7.7
Good
Video - 9
Audio - 8.4
Movie - 5.6
Special Features - 7.9

Romance on the High Seas shows why Doris Day became a star. That means next to nothing for new viewers in 2020. But, that’s why I do these things. Your inaccessibility to any media can be cured by efforts to smarten you up. So, sit back and enjoy late 40s mainstream cinema loaded with spectacle and optimism.

Michael Curtiz reteamed with the Epstein twins to make a Doris Day vehicle. They created Casablanca together, so they might still have something in the tank. What they created was a romantic comedy about a couple sending others on a cruise in their place.

Doris Day is an unemployed singer who gets dragged into a couple’s bizarre relationship games. She’s eager to go along with the effort, as it’s a free cruise. For a gal that could remember eating chipped beef on the regular, this is a once in a lifetime opportunity. If you think the film improves past this point, you’re mistaken. There are sitcoms that resolve better than Romance on the High Seas.

There is something about this mainstream friendly movies that arrived after World War II ended. While you had the heavy dramatic movies, the bubbly ones went super hard into the other direction. You can make a movie that is so giddy that it plays like the insane rambling of a kid describing a Disneyland vacation.

But, it does mean that at some point Warner Brothers thought that the Casablanca crew needed help tooling a movie to a sweetheart singer. Screwball comedies, comedies of error and related films have existed since the Silent Era. Post World War II, audiences were expecting different things. Some moved to Noir, while others wanted heavy retrospectives of the horrors they faced in Europe and Asia.

Then there are the people that constantly need a bright singing voice to reassure them of their existence. Much like bubblegum pop, there is something to it that entertains but never pushes. People make lives of engaging pop culture that doesn’t ask them to do anything than listen and stare slack-jawed.

That doesn’t mean that Romance on the High Seas was a bad movie. It was just very slight. A film full of pretty visuals that never quite has a point hits that weird boundary. Is it good or is it bad? Subjective judgment values means that all filmed entertainment has a point. Then, why do I worship the Jackass movies?

When people watch romantic comedies, there are two camps. The sucker that got pulled into watching it and the person that is living vicariously through the fantasy. It doesn’t matter the generation or decade, the duality of romantic comedy nature remains true. These stories keep happening not because they are well constructed narratives, but because they are disposable fan wank for half of the global population.

Warner Archive brings this Doris Day treat to Blu-ray with quite a few special features. You get a vintage musical short, cartoon and trailer. Warner Brothers used to put together these packages that made you see what it would be like watching Romance on the High Seas during its exhibition. The A/V Quality is on display in the screenshots and related gallery. Only Warner Archive could impress with a 1948 romantic comedy that your grandparents forgot existed.

Fans can purchase ROMANCE ON THE HIGH SEAS at www.wbshop.com/warnerarchive or online retailers where DVDs and Blu-rays® are sold

Romantic misunderstandings abound when spouses suspect each other of being unfaithful, and a nightclub singer takes a cruise under a false identity. 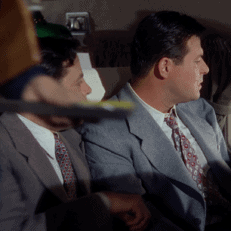 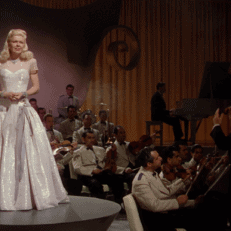 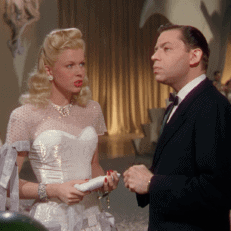 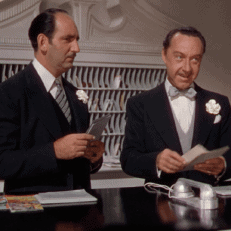