Rick and Morty is getting its first four seasons brought to Blu-ray in one handy package. While a lot of this has already been covered at AndersonVision, I wanted to take the time to inform you that this release exists. Why? Well, because I figure I need more time to edit down my classic cinema takes.

Contents hide
1 Let’s look at Season 1 of Rick and Morty
2 Rick and Morty: The Complete Seasons 1-4 is available on March 2nd from Warner Brothers/Adult Swim

Let’s look at Season 1 of Rick and Morty

Season 1 of Rick and Morty was first covered at AndersonVision with Blu-ray coverage. That sounded awful repetitive. Oh well, it was a different time and on the old server. The basics still apply. It was Roiland Harmon figuring out what worked and what didn’t. The season flew by awfully fast and Rick seemed a lot meaner back then.

Season 2 of Rick and Morty is up next. While it works a little better, the world building hits full form here. Hell, it was the first season that tried to hold Rick Sanchez responsible for his actions. Let’s be honest, that’s not why you’re here. Most of you can pick your Top 10 Rick and Morty episodes out of your butt.

You came here for some grand take on an over-exposed pop culture phenomenon. Well, I’m here to tell you that the iron has gone cold. While I enjoy the hell out of Rick and Morty, we’re at a point in history where the concept is over-exposed. That’s not a bad thing, but a natural development when a show reaches across multiple demos and inspires hordes of Sichuan sauce enthusiasts.

Rick and Morty returned with Season 3 and AndersonVision covered the hell out of it. But, that was more of a Best of TV thing that we plan on revisiting. That’s mainly because we have better formatting and different ways to present information to you. Hell, I could build a content hub around how many times Bird Person showed up on the show. But, I don’t.

That right there is the sentiment that is at the heart of this show. You can be a genius and have access to tons of tools, but what are you doing with it? Too many of us are turning ourselves into pickles just to get out of the bullshit mundane nature of existing with others. That was a metaphor with the awareness of a 14 year old reading Nietzsche for the first time.

Season 4 of Rick and Morty was previously covered at AndersonVision. That caught us up to a point where I felt the concept started to crack a little. Yet, it’s the season that made my wife finally love the show. She hated everything about it leading up to this point because she thought the fandom was stupid.

She can say that shit with a straight face while watching hours of 90 Day Fiancee and begging me to get her a Discovery+ account. I argue that she’s mocking the people that supply her preferred content, while she claims they are interesting. I say you spend most of the time making of the really ugly older white lady in India and she changes the subject.

What I’m saying is that burning through four seasons of Rick and Morty taught me something. Basically, what’s the point in trying to mine something that everyone and the brother keeps mining? There are so many tits left on the attention pig and everyone is fighting not to be the runt.

It’s the very nature of talking about something like this in pop culture. Everyone thinks they are an expert because they have an immediate emotional connection and the means to yell about it. The ability to scream about your favorite thing has become democratized. While that sounds cool, all it means it that we all became children in a toy aisle screaming at Mommy to buy us Excitebike.

The Complete Seasons Blu-ray package comes with all 41 episodes across the four seasons. You get the commentaries, animatics and deleted scenes that were on the other sets. Basically, it’s a complete repackage for everyone that couldn’t bother picking up when they were released sequentially. You also get a digital copy. Pick it up if you’re a fan.

Oh wait, you do get an oversized Rick and Morty poster stuffed inside of the case. Look forward to that one.

Rick and Morty: The Complete Seasons 1-4 is available on March 2nd from Warner Brothers/Adult Swim 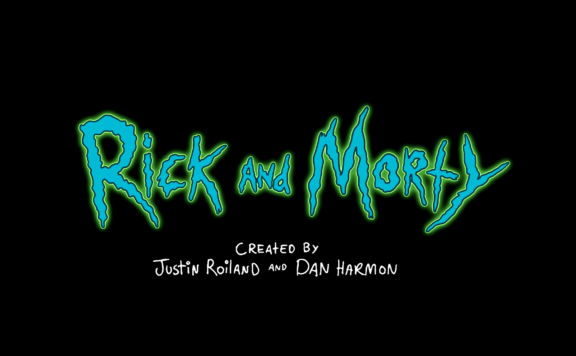 Rick and Morty is getting its first four seasons brought to Blu-ray in one handy package. While a lot of this has already been covered at AndersonVision, I wanted to take the time to inform you that this release exists. Why? Well, because ...
0
Average User Rating
0 votes
Have Your Say!
Your Rating: 0
Submit
Write A Review
Genre:Sci-Fi, Science Fiction
Rating:TV-MA
Director:Dan Harmon, Justin Roiland
Studio:Warner Brothers 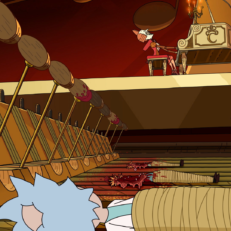 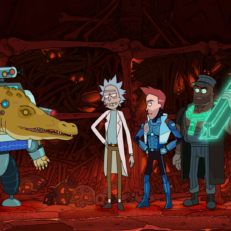 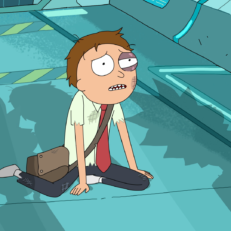 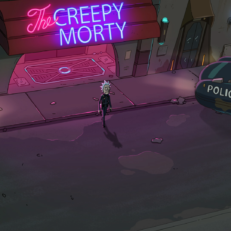 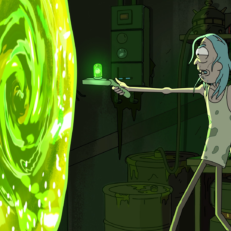 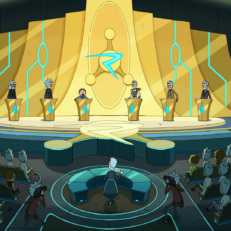 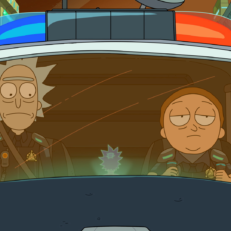