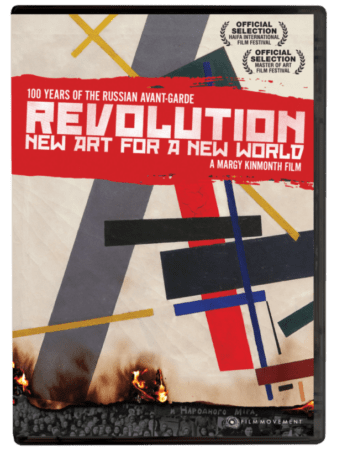 “Revolution: New Art for a New World” is a look at Russian’s plan to make new art for a new world. It lasted all of 15 years until Stalin killed the program. So, what happened in that short span? Well, basically all Russian avant-garde art. The documentary takes a look at how Chagall, Kandinsky and others were inspired to create government endorsed works of art that wouldn’t be found in anywhere else in the world during the early 20th Century. Now, what matters about this a century later?

The bonus footage helps to reiterate the point, but it’s more of a guidebook to bigger aesthetic things. Pick it up, if you’re a fan of Russian art.

0 0
Previous ArticleROWAN AND MARTIN’S LAUGH-IN: THE COMPLETE SIXTH SEASONNext ArticleWATCHER IN THE WOODS, THE (2018)