Reversal of Fortune is a film that I never remembered being so funny. Now, it doesn’t play like an episode of Wings where I’m guffawing over whatever Lowell is doing in the hangar. What Barbet Schroeder does with Reversal of Fortune is make doubt into something sticky. Jeremy Irons deserved the Oscar for his performance of Claus von Bulow, but what made it work so well?

True crime as we accept it into the canon of our shared fictions has gone from Tabloid trash to Fincher styled recreations. But, winding back the clock 30 years takes many viewers out of the safety of what we accept. Arriving in 1990, Reversal of Fortune was the kind of mainstream drama that wasn’t meant to win over the Oscar crowd. The Fall of 1990 was getting ready for the arrival of Godfather III and the crowd pleasers such as Dances with Wolves and Awakenings. But, Dershowitz’s page turner book was going to find a new life as a film.

The source text for the film is Alan Dershowitz’s book about the case. What’s even crazier is when you realize that Mad Money host Jim Cramer and former NY Governor Eliot Spitzer were the main Harvard Law students that aided Dershowitz’s appeal for von Bulow. So the Mad Money guy, Jeffrey Epstein’s favorite legal eagle and Governor Escort teamed up to get a murderer out of a guaranteed prison sentence. Many were wowed by the creepy instances that led to Sunny von Bulow into becoming a vegetable.

But, then there was Jeremy Irons chewing the scenery and slinking around. Having read the source book long after seeing the movie on HBO, the Blu-ray revisit courtesy of Warner Archive was strange. Reversal of Fortune director Barbet Schroeder is pretty unconcerned with whether Claus von Bulow did it or not. This is way more of a character study.

What has hurt Jeremy Irons since Reversal of Fortune is that this role defined his acting personality. No one saw Peter Lorre the same after M and the same goes for Dangerfield after Caddyshack. Personalities can obstruct mainstream views of celebrity. An actor can become grossly over-identified with a certain character and then they spend the rest of their careers trying to escape it. Hell, I saw shades of this performance when Irons played Ozymandias in HBO’s Watchmen.

Irons or any other actor could have played Claus von Bulow in a number of ways. But, what Jeremy Irons did was show a man who was so tired of just being a step below the upper class. After all, the most frustrating thing than second place is knowing you’re not good enough to be in first.

The dark comedy comes into play when Schroeder forces us to examine the prior trials via Dersh’s investigation. Ron Silver is piecing together the same puzzle that the Reversal of Fortune audience has to endure. All the while, he has to step back and examine the man who barely denies his guilt.

Legal dramas over the decades have transformed dramatically. While it’s hard to view a 1990 legal drama in 2020, some things still hold true. There are two aspects of the Upper Class. The old money and those that want to make old money. Claus von Bulow was a lawyer that worked for Getty and others, hoping for a shot at the brass ring.

Sunny von Bulow inherited 100 million dollars when she turned 3. While considered a fairly nice person, she struggled with mental health throughout most of her life. Claus and Sunny were decent together, but it was always assumed that Claus was envious of what Sunny achieved through no effort.

Assumptions are at the heart of Reversal of Fortune. Whether it’s Felicity Huffman as a law student that refuses to work the case or Dersh and Claus talking to each other. You never feel like anyone has a full idea of what is going on here. Ambiguity rarely works well in mainstream cinema. But, a comedy of misunderstanding never has to play broad.

Watching Jeremy Irons explain his morning routine in that deadpan weird accent is amazing. But, it’s not just a morning routine…it’s how he found his wife near dead. Ron Silver is skeptical as anyone watching Reversal of Fortune for the first time, but he’s also intrigued.

The whole truth is never told in the film. Even Dersh says it’s hard to trust someone they don’t fully understand. Going back to my original discussion of the film being seen as tabloid trash in 1990, it’s not hard to draw that line. A feature film was being made by a legal eagle who cleared a seemingly guilty man that turned a depressed older woman into a vegetable. The kids weren’t hurting, but their parents were effectively removed from any sense of normalcy.

Everybody hated Claus von Bulow for a reason. When discussing the nature of class vs. fame, Claus admonishes Dersh over pricing. Sunny being gone is treated with the same distaste as a car accident. Dershowitz explains the far more serious cases he has to tackle over Claus’s case. But, it doesn’t really phase either man.

While Dersh might care, we also have to realize that the text and the recounting of this true case is told from the perspective of what Dershowitz experienced. Reversal of Fortune is a movie about how the Whole Truth doesn’t matter in a world that doesn’t want to hear it. I don’t care if it came out 30 years ago, I can’t think of a more relevant movie for this day and age.

The Warner Archive Blu-ray comes with a commentary with the director and screenwriter as the sole special feature. Judging by where we are in 2020, I’ll take any special features as a win. Reversal of Fortune has fallen out of favor with movie fans and that’s a shame.

Fans can purchase Reversal of Fortune at www.wbshop.com/warnerarchive or online retailers where DVDs and Blu-rays® are sold 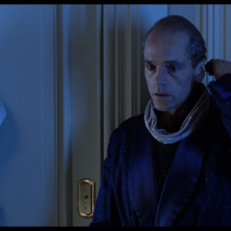 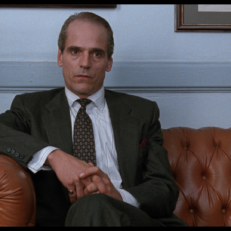 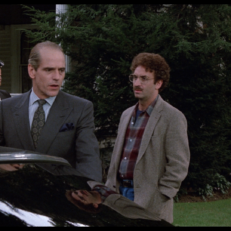 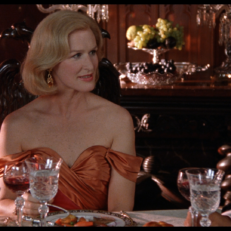 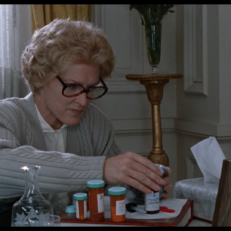 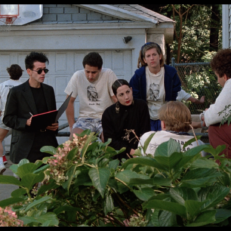 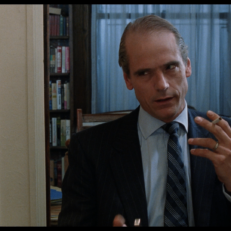 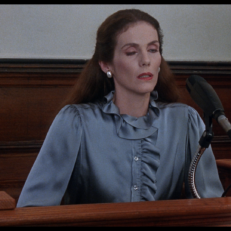