Summary
A teenage American girl while visiting her father, is thrown into London society during the "Debutante Season".
7.4
Good
Video - 8.1
Audio - 7.6
Movie - 6.4

The Reluctant Debutante has such a rich backstory that it almost outweighs the film. Arriving in the same year as Vincente Minnelli’s Oscar winning direction of Gigi, this film got the short-end of the stick. After all, it would have to wait another 45 years before getting remade as What A Girl Wants. I wish I was kidding about the 00s turning this movie into an Amanda Bynes vehicle.

Rex Harrison movies evoke this broad sense of stuffiness. Which is odd because he wasn’t that fanciful of a fellow. Supposedly, he was more of a drunken cad than Harris and Reed put together. It’s just that whenever he was onscreen, Harrison played the British upper class with the pomp they believe they deserved.

The Reluctant Debutante focuses on Sandra Dee coming to England to meet her new stepmother. British pops Rex Harrison also introduces her to Angela Lansbury who inadvertently causes Sandra Dee to hook up with a young John Saxon. Seeing John Saxon as a young man unnerved me in a way that I didn’t expect. But, I chalk that up to a saturation of Golden Harvest/Italian Horror/Elm Street movies.

Kay Kendall is a rare talent. It’s a shame that she would die within a year of The Reluctant Debutante’s release. That’s becoming a creepy recurring event when covering these films, but it was a different time. A time where Kendall’s husband (Rex Harrison) found out she had leukemia and told her during production that she was tired from an iron deficiency.

I wish I was kidding about that last part, but allegedly it’s the truth. What does one make of a romantic comedy where the supporting actress was dying, the lead young female never really gets to dominate the movie and it would take years before a much more coherent take was made? The answer is that sometimes it doesn’t pay to shoot two movies in one year.

Not every director can successfully double-up and drop Jurassic Park and Schindler’s List on an unsuspecting audience. Hell, I’d settle for War of the Worlds and Munich at this point. The Reluctant Debutante began life as a play and it feels like it should’ve stayed there. But, ambition is what it is and now we have this odd little curiosity.

Warner Archive brings The Reluctant Debutante in the best Blu-ray package possible. You don’t get any special features here. Sometimes, it’s not about that. We live in an age where classic cinema is abused and exposed to indifference or shifting opinions about their worth. Any effort made to save our shared cinematic heritage should be appreciated. That’s why I support Warner Archive.

Fans can purchase THE RELUCTANT DEBUTANTE at www.wbshop.com/warnerarchive or online retailers where DVDs and Blu-rays® are sold

A teenage American girl while visiting her father, is thrown into London society during the "Debutante Season". 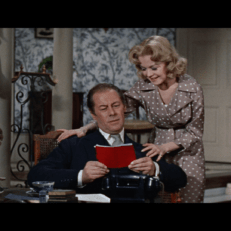 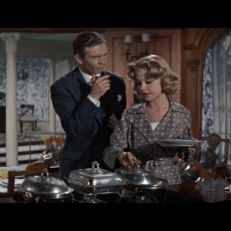 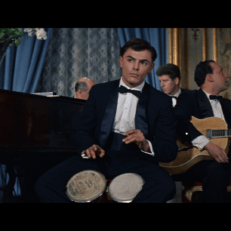 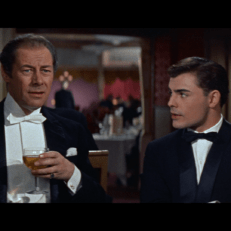 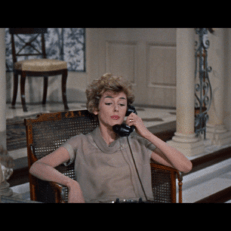 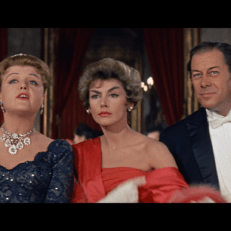 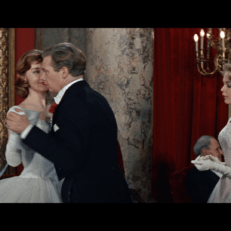 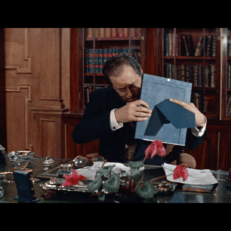