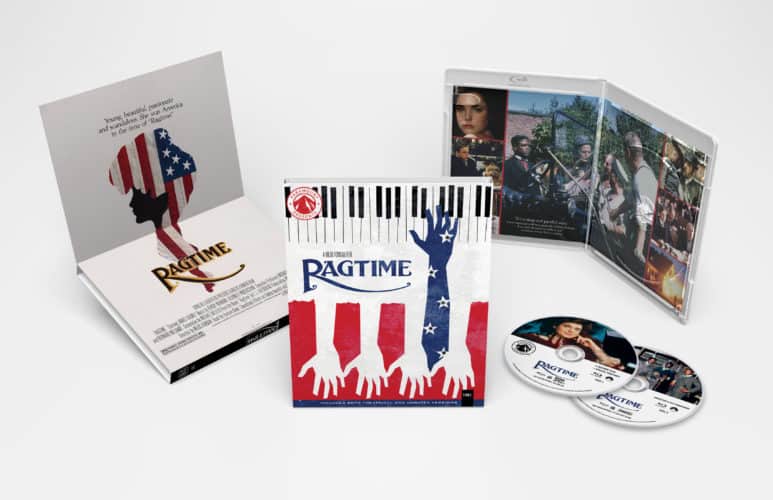 Oscar®-winning* director Milos Forman’s cinematic epic RAGTIME arrives for its 40th anniversary in a Limited-Edition two-disc Blu-ray as part of the Paramount Presents line on November 16, 2021 from Paramount Home Entertainment. The film was originally released on November 20, 1981.

Based on E.L. Doctorow’s best-selling novel, RAGTIME tells an unforgettable story of disparate characters in New York City in the early 1900s.   From the emerging New York suburb of New Rochelle to the flashy spectacle of Atlantic City, a family faces racial tensions, scandals, and violence that will test everything they believe in.

RAGTIME has been remastered from a 4K film transfer and is presented in collectible packaging featuring a foldout image of the film’s theatrical poster and an interior spread with key movie moments. The two-disc Blu-ray includes a newly discovered director’s cut workprint version of the film (along with the theatrical version), deleted and extended scenes, a look back at the film with Larry Karaszewski and screenwriter Michael Weller, access to a Digital copy of the theatrical version, and the additional legacy bonus content detailed below: