Summary
Christian Slater uses Pirate Radio to reach his community of teenagers. The adults rebel! Watch what happens when Hard Harry rules the airwaves and the FCC is caught with their pants down. Check out the Warner Archive Blu-ray release of Pump Up the Volume.
8.2
Great
Video - 8.8
Audio - 7.9
Movie - 7.9

Pump Up The Volume is a cult film that means something to a certain cross-generational subset. Yet, it has fallen off the radar so hard. That’s because we live in an age of content glut where by having everything available, it’s as though nothing exists. Scorsese and others have made a big deal of the act of curation. An independent body going through the sheer volume of content and bundling it into presentation modes. Usually by a theme or shared interest, it allows viewers to dive into materials that they would otherwise miss.

The Criterion Channel is the best example of that, yet they don’t get to touch upon enough films. I spent the weekend watching The Learning Tree, which I hope eventually becomes a future Warner Archive or Criterion release. The presentation of Black Westerns and how each film in the section was presented did a lot to keep me in the film watching mood. What does that have to do with Pump Up the Volume? Well, everything.

Director Allan Moyle made a film for the early 90s as much as his Times Square was evocative of the late 70s/early 80s. As a cynical adult, it’s hard to take Hard Harry seriously as most teen angst sounds like whiny bullshit in the face of real world issues. Yet, films like this are so addictive at a certain age because you have a mouthpiece guiding all that teen energy into new places. It’s why all of the adult figures either seem clueless or vindictive.

If you feel that you are right without question in a culture war, then all opposition are either idiots or thugs. What’s funny about revisiting Pump Up the Volume as an adult is how utterly toothless it was. Did I really pick up a copy of How to Talk Dirty and Influence People because of this movie? The answer is Yes.

Pop culture has this weird impact on all impressionable strangers and Pump Up the Volume taps into that. It’s not that we can’t discover Leonard Cohen on our own or even Pirate Radio stations. However, humanity needs people to deal in the currency of being cool. It’s a confidence issue that runs through so much of the film, but it’s done with the deft of a teenage soap opera.

Christian Slater mines everything he can out of the film, but Pump Up the Volume suffers from the nature of what it had to be in 1990. You can only reach kids if your match their level. Go highbrow and they don’t watch. If you go too low, it appears kiddie oriented and it gets ignored. The whole subplot with the High School cooking test scores is only the means to give the kids a righteous reason to rebel. All the while, adult viewers realize that a shut-in kid was using the airwaves to tell impressionable dumb girls to microwave metal.

When you’re 16, you’re not Lenny Bruce. Hell, you’re barely a formed person. The rise of YouTube has aged my views of these kids in a way that makes me anxious of the pair of New Balance sneakers that will one day stain my feet. Pump Up the Volume at an older age is a reminder of when the trivial mattered. How any kid could stitch together a purpose, some tech and inspire others through selective influence.

Why is it that a movie like this was so fascinating to 9/10 year old me? Was there some sort of career in radio broadcast that I missed upon becoming an adult? My desire as an adult to find the appeal of Pump Up the Volume weighs heavy on my soul. I would’ve been 9 at the time of theatrical release watching a film that glorified kids 7 years older than me. Do young kids still fantasize about High School? Is that a thing?

Pump Up the Volume revealed something to me that I want to mine deeper when discussing similar films. The point is not to have a complicated narrative. These stories are repeating narratives about the need of youth to preserve through small matters to eventually become better adults. Every generation has to move the needle forward in some way. I’d like to imagine I live in a world where John Hughes, Nicholas Ray, Allan Moyle and others were encoding the survival of our culture in the films of our youth.

The Pump Up the Volume Blu-ray comes with no special features. Which is weird, as I’m starting to wonder if Warner Archive doesn’t have access to New Line archival special feature material. The A/V Quality is a revelation. While the DTS-HD 5.1 master audio track didn’t floor me, I can’t rave enough about this 1080p transfer. It looks far better than my old VHS recorded off the USA Network.

Fans can purchase Pump Up the Volume (1990) at www.wbshop.com/warnerarchive or online retailers where DVDs and Blu-rays® are sold

Pump Up The Volume is a cult film that means something to a certain cross-generational subset. Yet, it has fallen off the radar so hard. That's because we live in an age of content glut where by having everything available, it's as though ...
10
Average User Rating
1 vote
Have Your Say!
Your Rating: 0
Submit
Write A Review
Genre:Drama, Teen Movie
Rating:R
Director:Allan Moyle
Studio:New Line Cinema 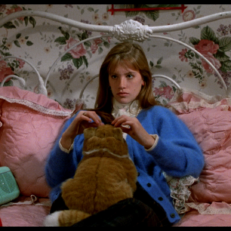 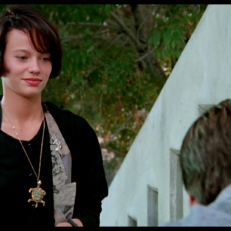 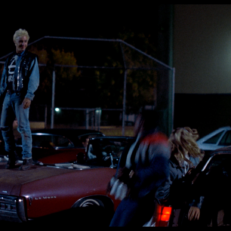 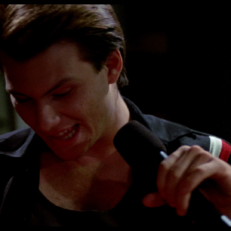 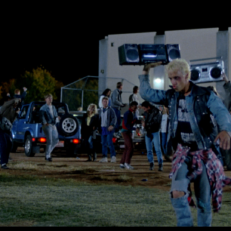 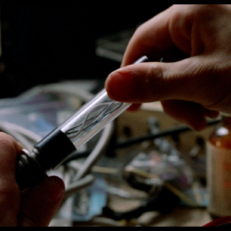 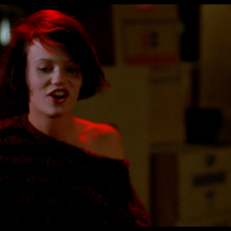 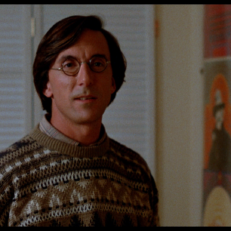