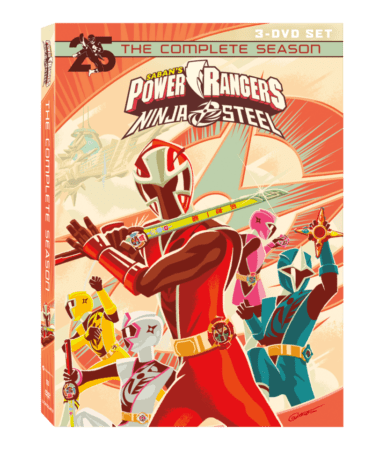 “Power Rangers Ninja Steel” has to have the most fun starting point. Basically, the show centers around a monster trying to win an intergalactic game show. In order to do that, he steals a gem that triggers a new wave of Power Rangers. From there, they fight against an endless amount of monster game show contestants until the series wraps up. Normally, I’d say that the show is running out of steam. But, I wish the last season of The Office had an alien monster game show that involved someone eating Nellie and Gabe. Pick it up.

0 0
Previous ArticleBLACKLIST, THE: THE COMPLETE FIFTH SEASONNext ArticleYELLOW BIRDS, THE