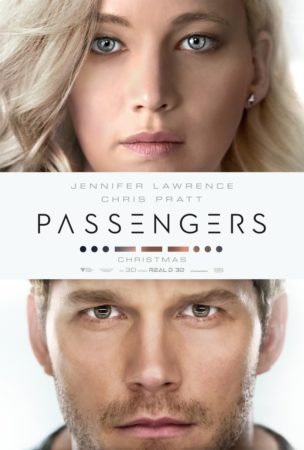 PASSENGERS REVIEWED IN A HURRY

“Passengers” isn’t the film that has birth so many thinkpieces. The film is the end product of expensive development birthing an idea that was too expensive to let die. After 7 changes of hands and 16 years…the film has arrived. The result is a sloppy attempt to turn a heavy Sci-Fi film in a romantic piece. But, it casts Chris Pratt into this weird charm/assault cycle. But, it needs to clear a profit and Jennifer Lawrence needs to dominate. The end result is the best space coda for forcing a relationship since Princess Vespa got betrothed to Jm J. Bullock. If “Rogue One” can lean on “Spaceballs”, then so can I.

A spacecraft traveling to a distant colony planet and transporting thousands of people has a malfunction in its sleep chambers. As a result, two passengers are awakened 90 years early.